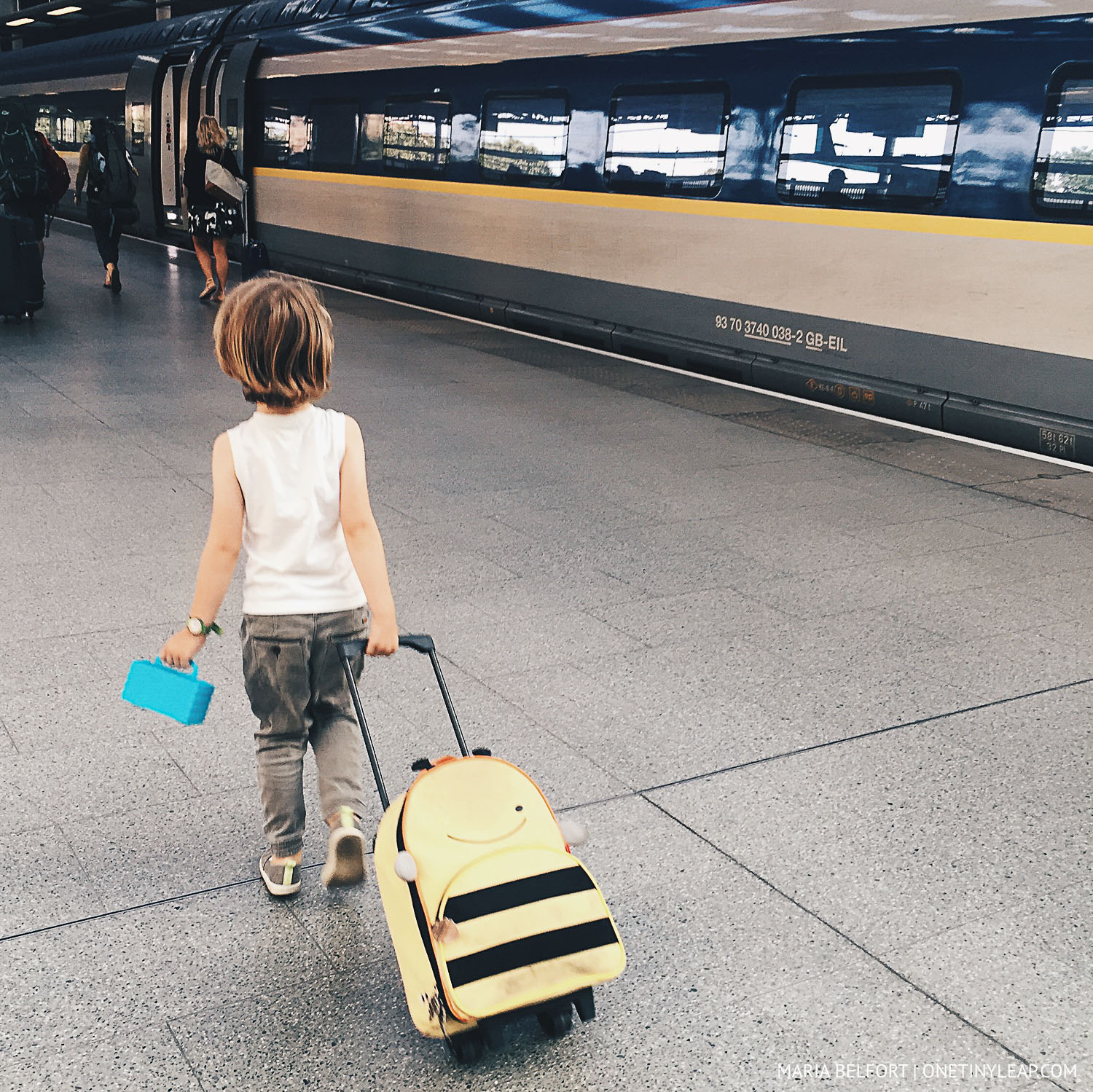 TRAVELLING FROM LONDON TO BIARRITZ BY TRAIN

This summer we wanted an adventure. We decided to skip our regular Easyjet flight to Lisbon, and insted travel by train from London to Lisbon by train – a route we had been wanting to try for a while but never had the time before.

There is no better way to travel in Europe than by train, and thanks to Eurostar you can get from London to Biarritz by train without breaking a sweat. Tickets cost us an affordable €69 each (one way), the journey was very straightforward (minus the heat!), and we didn’t experience any hiccups. We left London at 9am, and after a short transfer in Paris where we caught a taxi from Gare du Nord to Montparnasse, by 5pm we were eating gelato in super-chic Biarritz.

We were only making a brief in Biarritz en-route to San Sebastián, which gave us approximately 24 hours in the city. But after just a few hours we wished we had booked a much longer stay.

Our first stop after a red-eye journey from London was Biarritz – France’s coolest surfing spot, perfect for families, and anybody else who sets foot in this outrageously beautiful place.

HOW WE SPENT 24 HOURS IN BIARRITZ

After a speedy check-in at the Grand Tonic Hotel, we were anxious to make the most of our quick stay in this stylish French Atlantic resort. It was only as we wandered down the street under the blazing sun, that we realised we were only a few minutes’ walk away from the Grande Plage – Biarritz’ most famous beach.

The combination of the dreamy coastal views, the salty seaspray in the air, and the astonishingly pretty beach huts made us understand why Biarritz is one of France’s most popular resorts.

Early next morning, after an over-priced café au lait and a croissant, we continued to walk around Biarritz – from the Grande Plage to the Rocher de la Vierge. Take the picturesque bridge from Point Atalaye towards the Rocher de la Vierge, named after the statue of the Virgin and her child, which was placed on the rock in 1865. Legend has it that a group of local fishermen got caught in a storm and were struggling to return to port when a divine light showed them a safe path to land. The views from here are spell-binding, stretching as far as the Spanish Basque mountains.

A short walk down the hill takes you directly to Port Vieux and the wonderful Plage du Port Vieux. The latter offers spectacular vistas over the Rocher de la Vierge, and its natural cove is the ideal spot for a family beach day – complete with a jumping area (closed at low-tide), and plenty of crabs to be found in the rock’s crevices. At low tide my son and I swam (well, he held onto my shoulders) around the corner to reach the sandbanks and walk on the nearby rocks.

After a quick lunch and a spot of shopping in the city’s beautiful old town, it was time for us to pick up our coach tickets to San Sebastián. There was so much we didn’t have time to do, which means we’ll have to book another getaway to Biarritz soon!

For our hotel review skip to the bottom of the post. 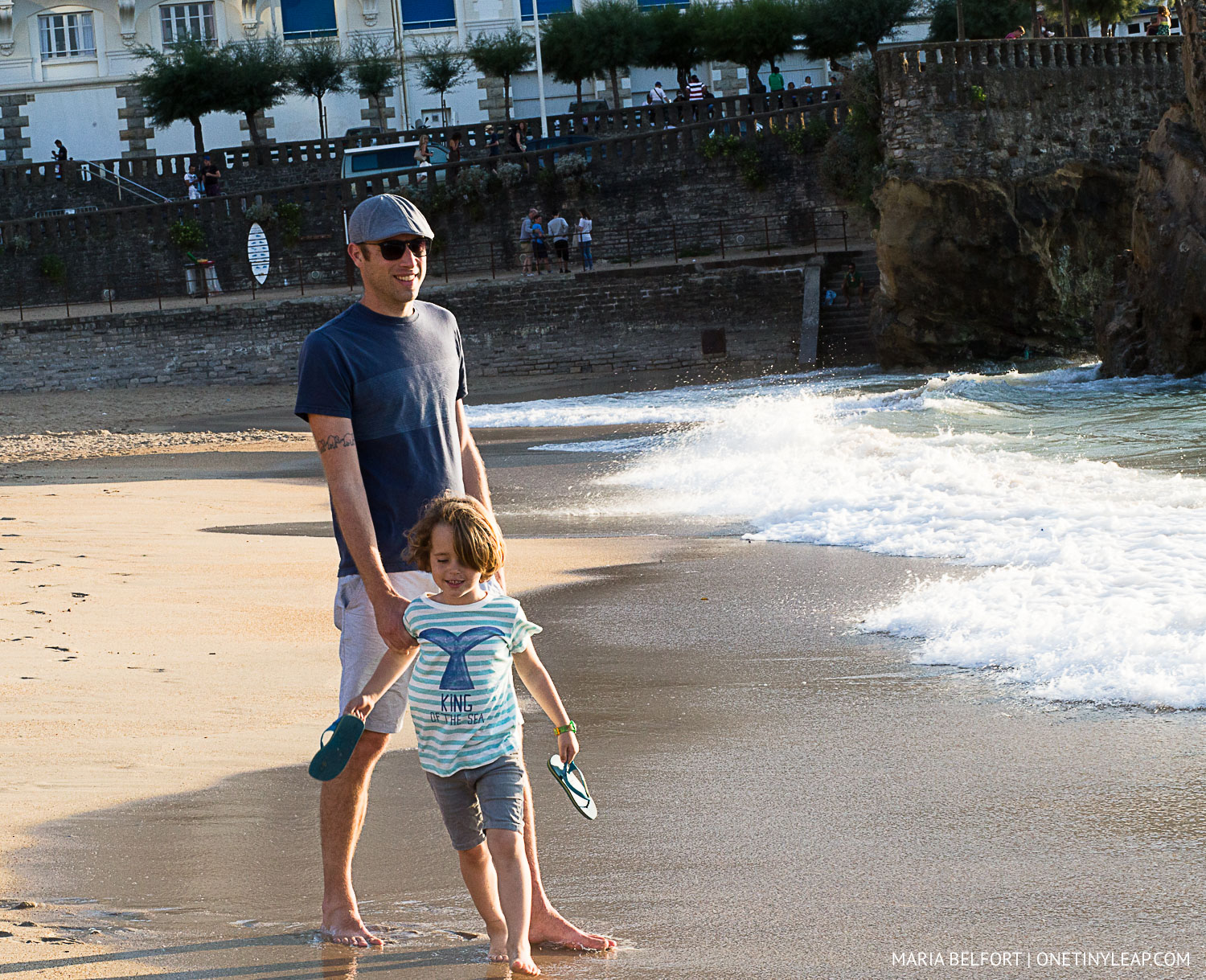 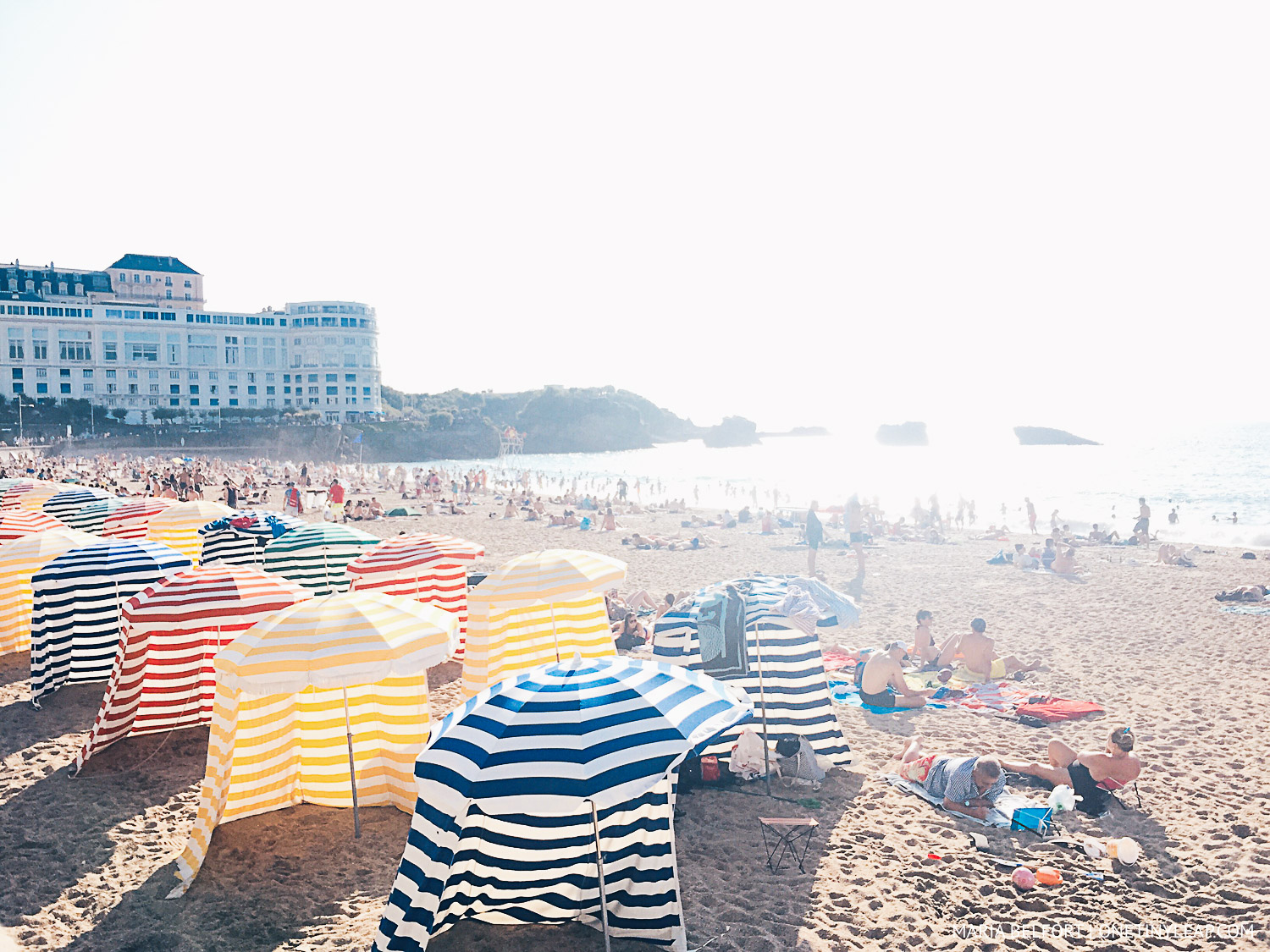 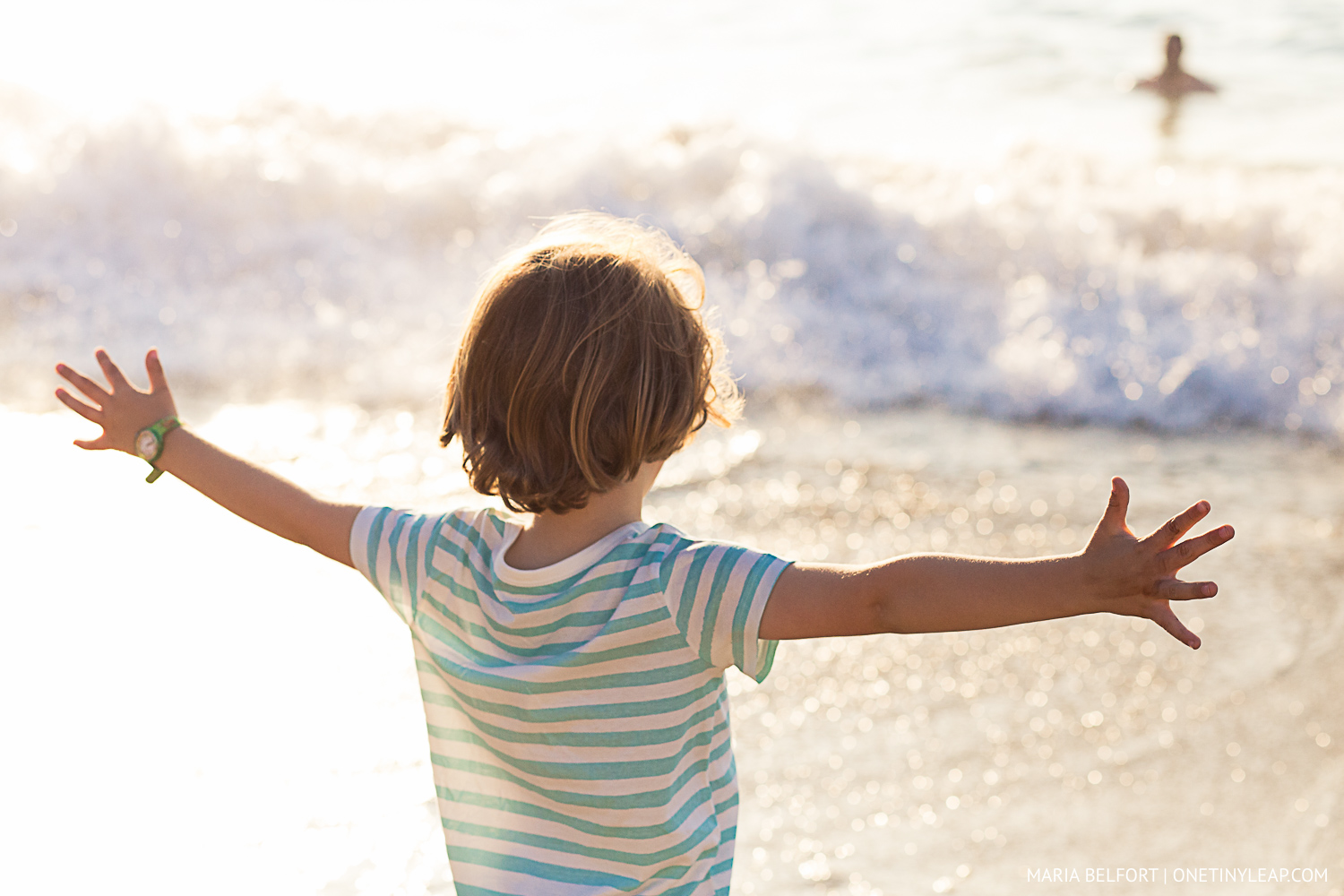 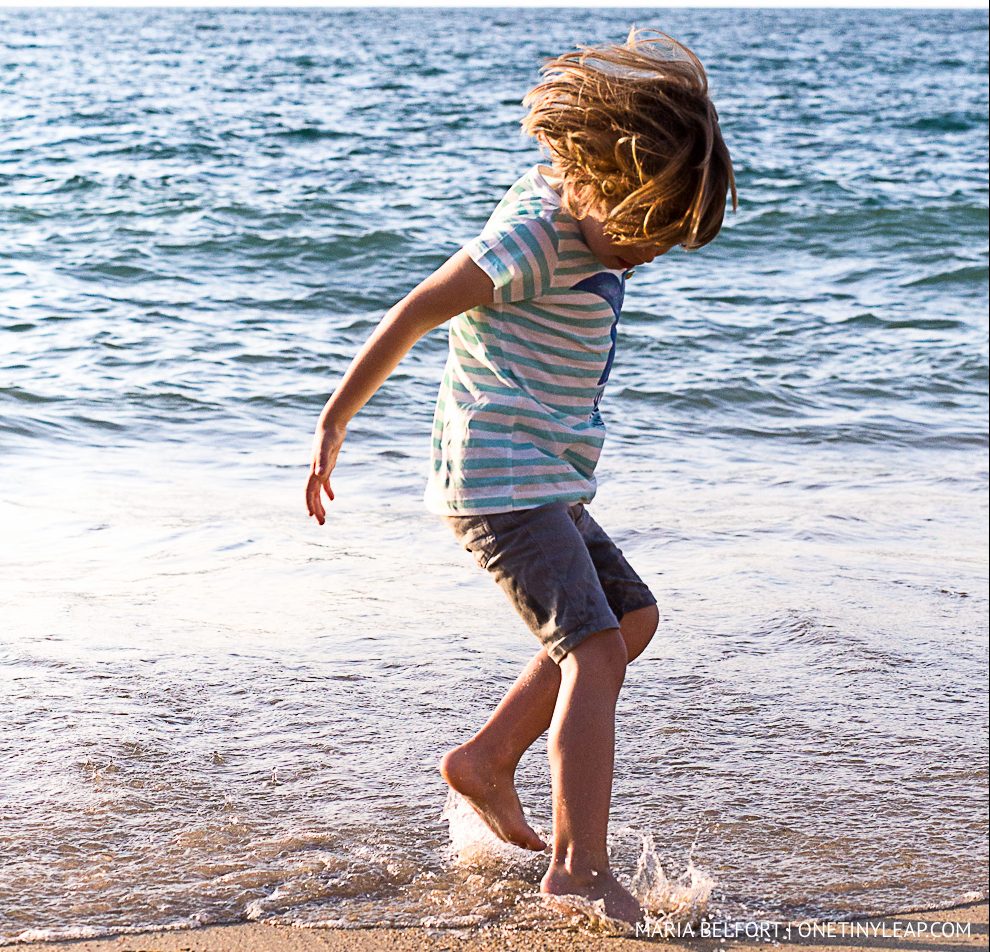 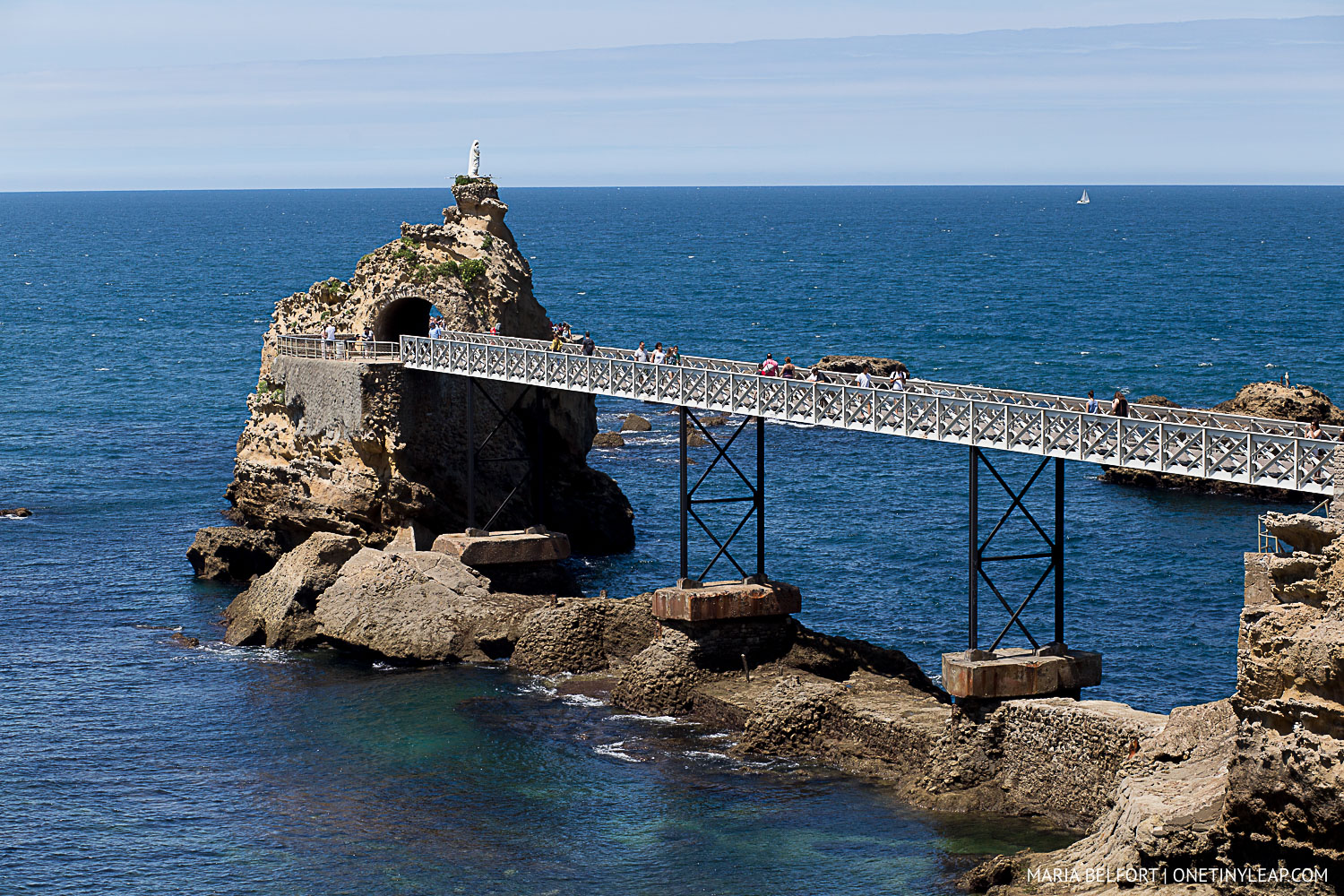 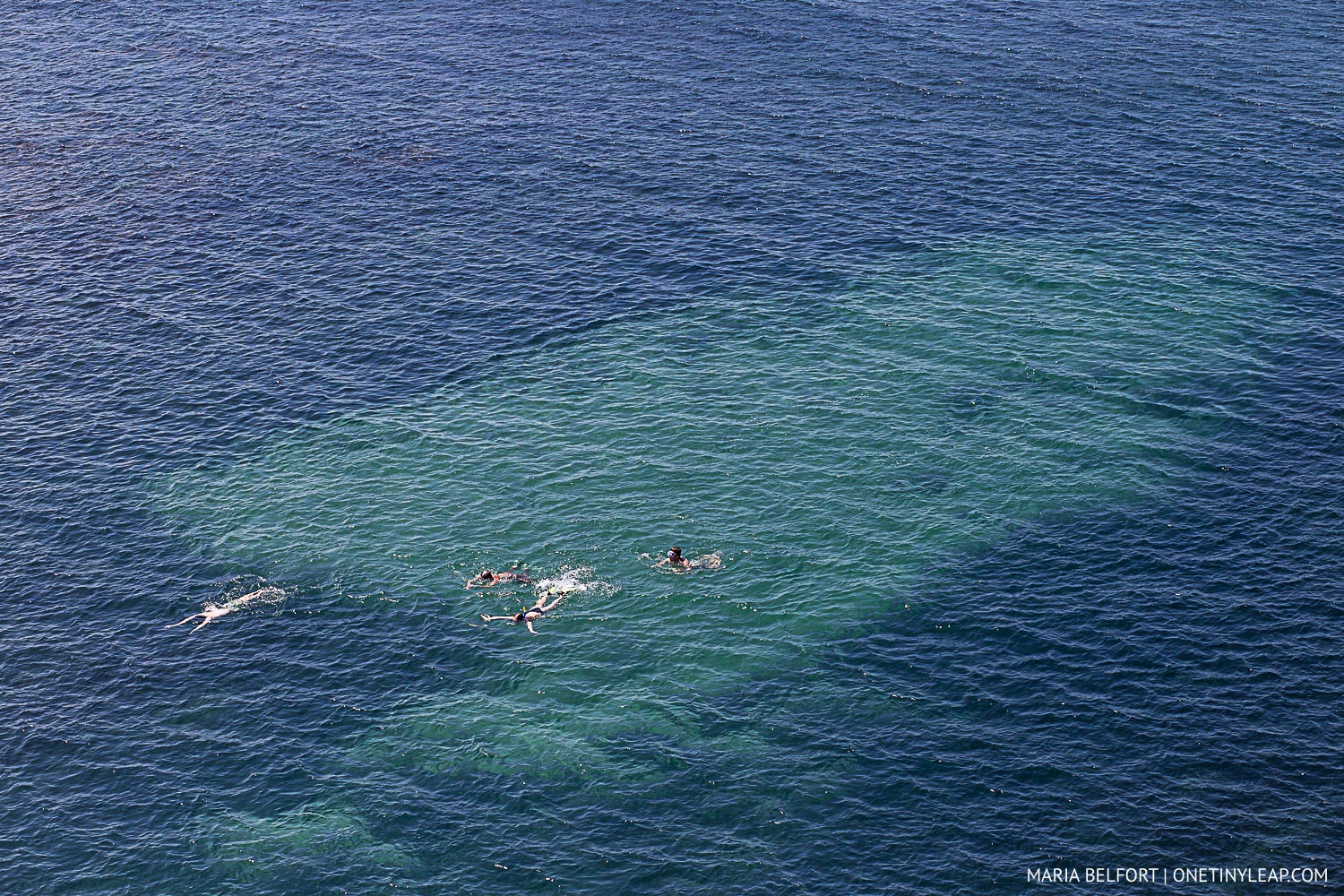 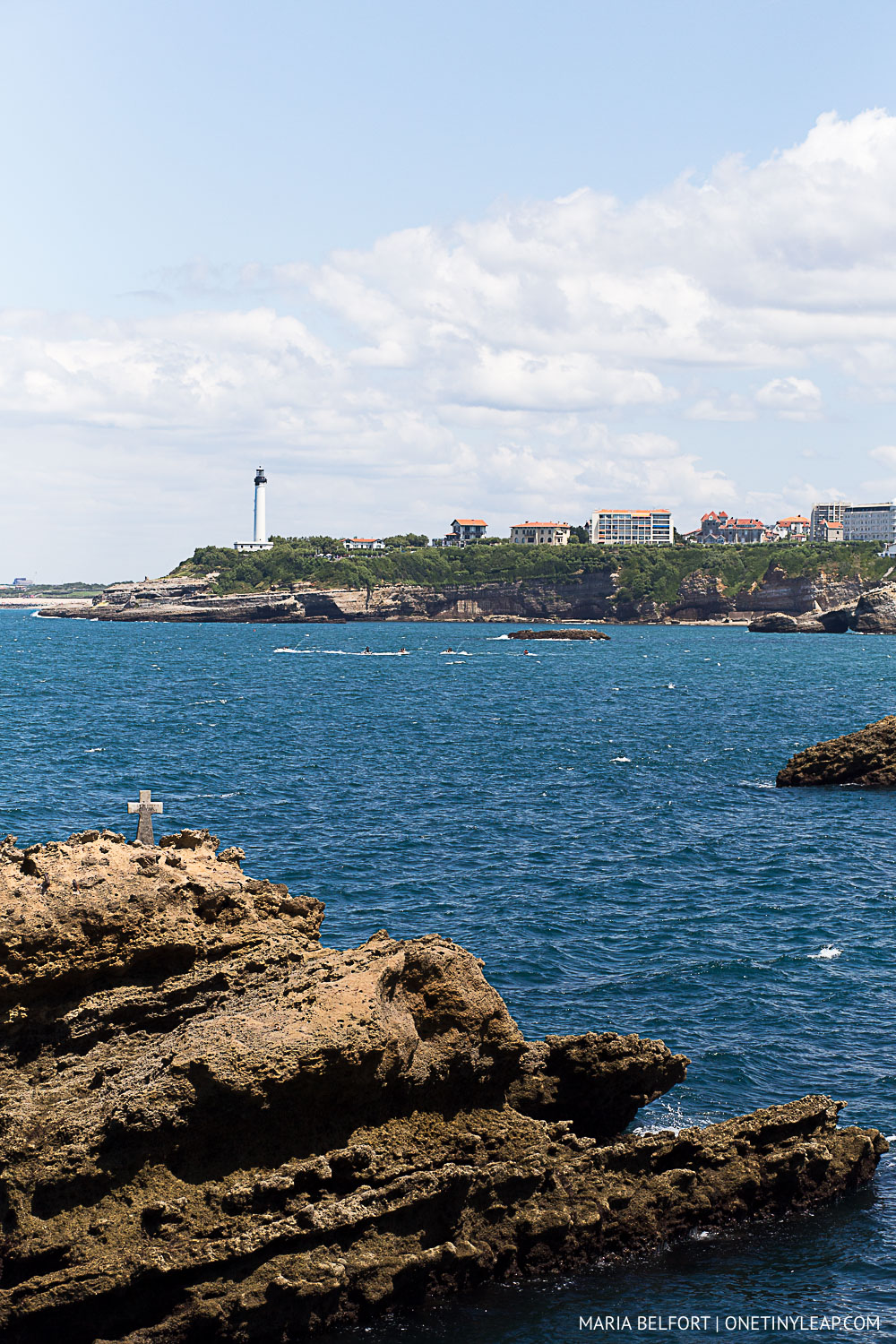 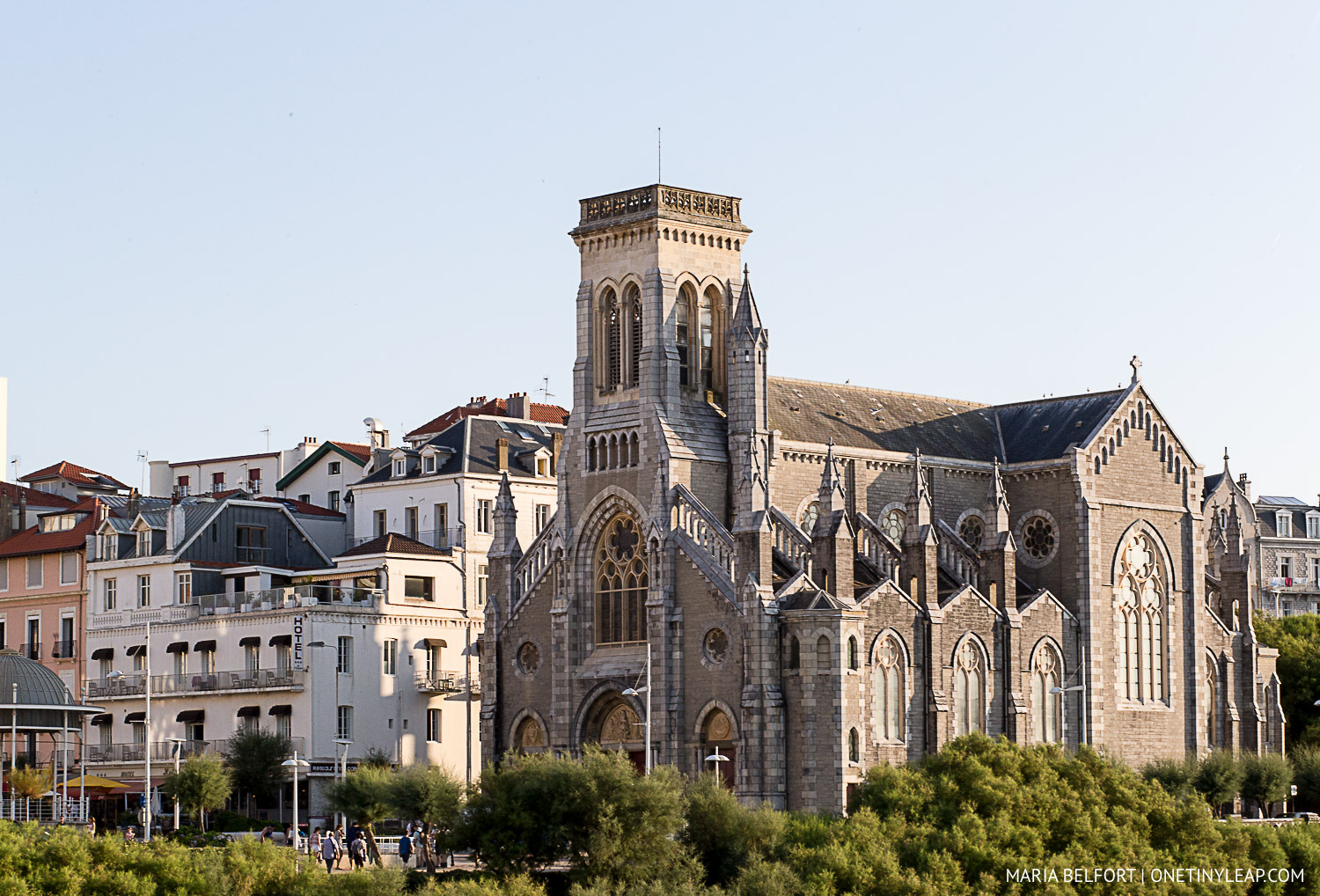 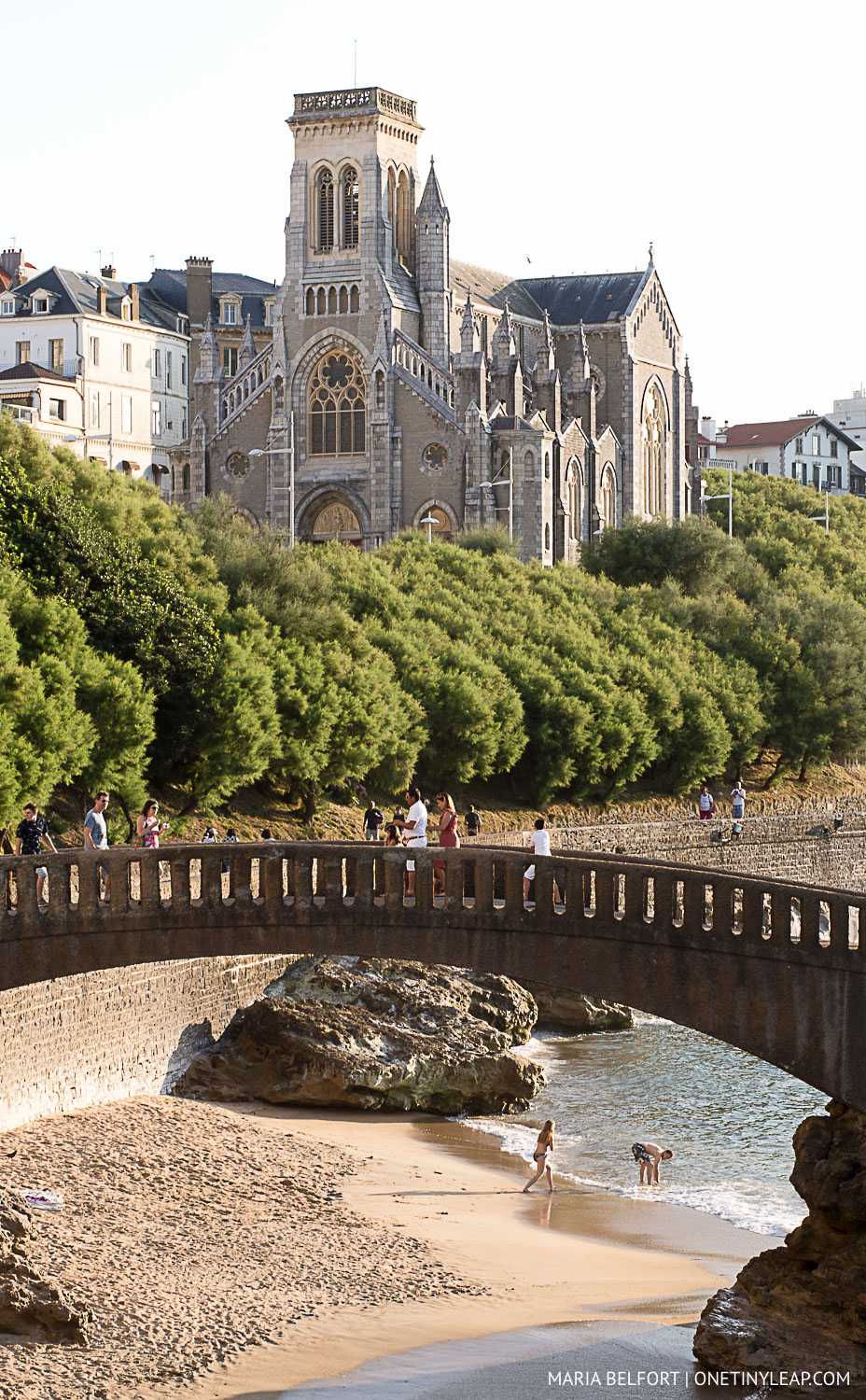 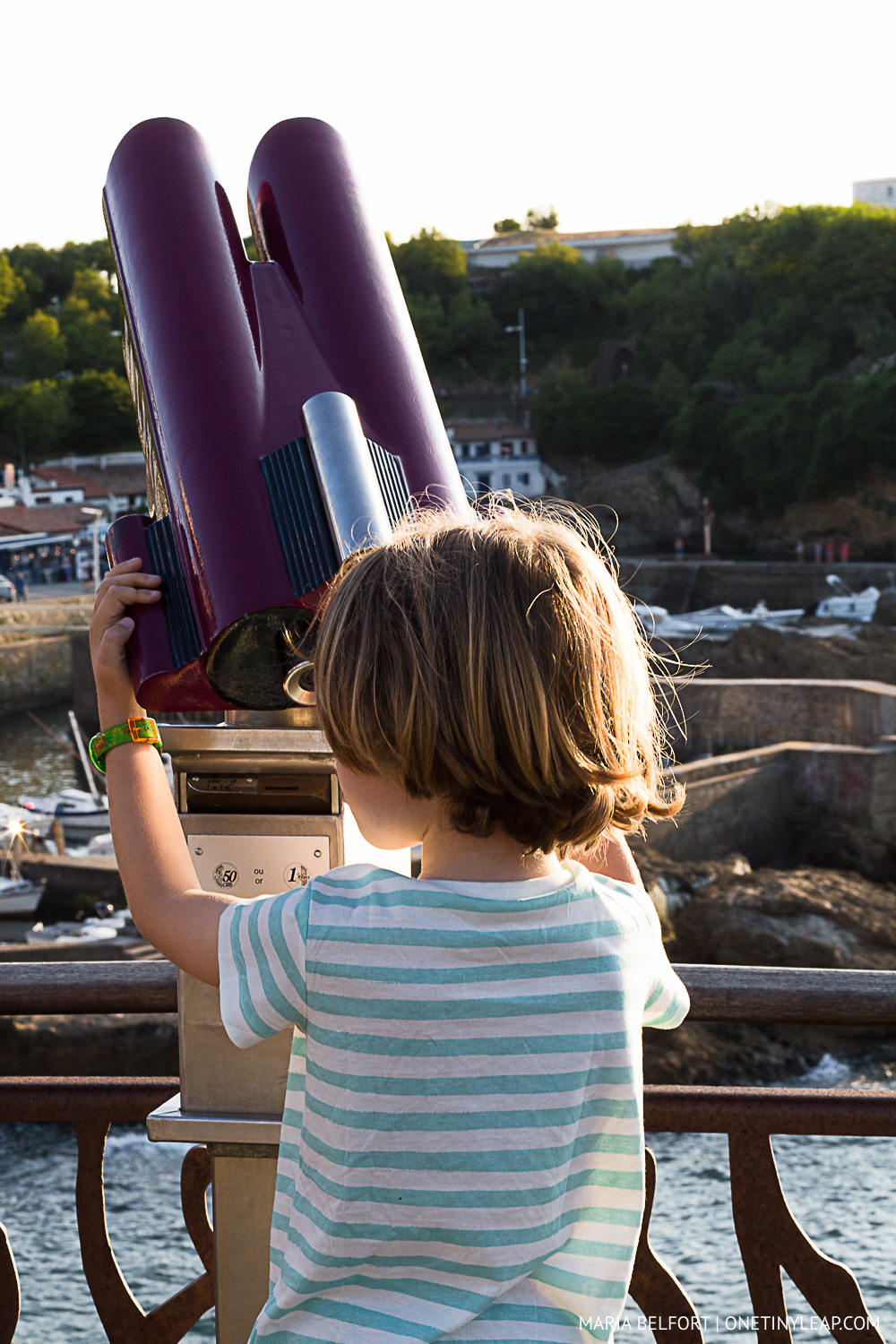 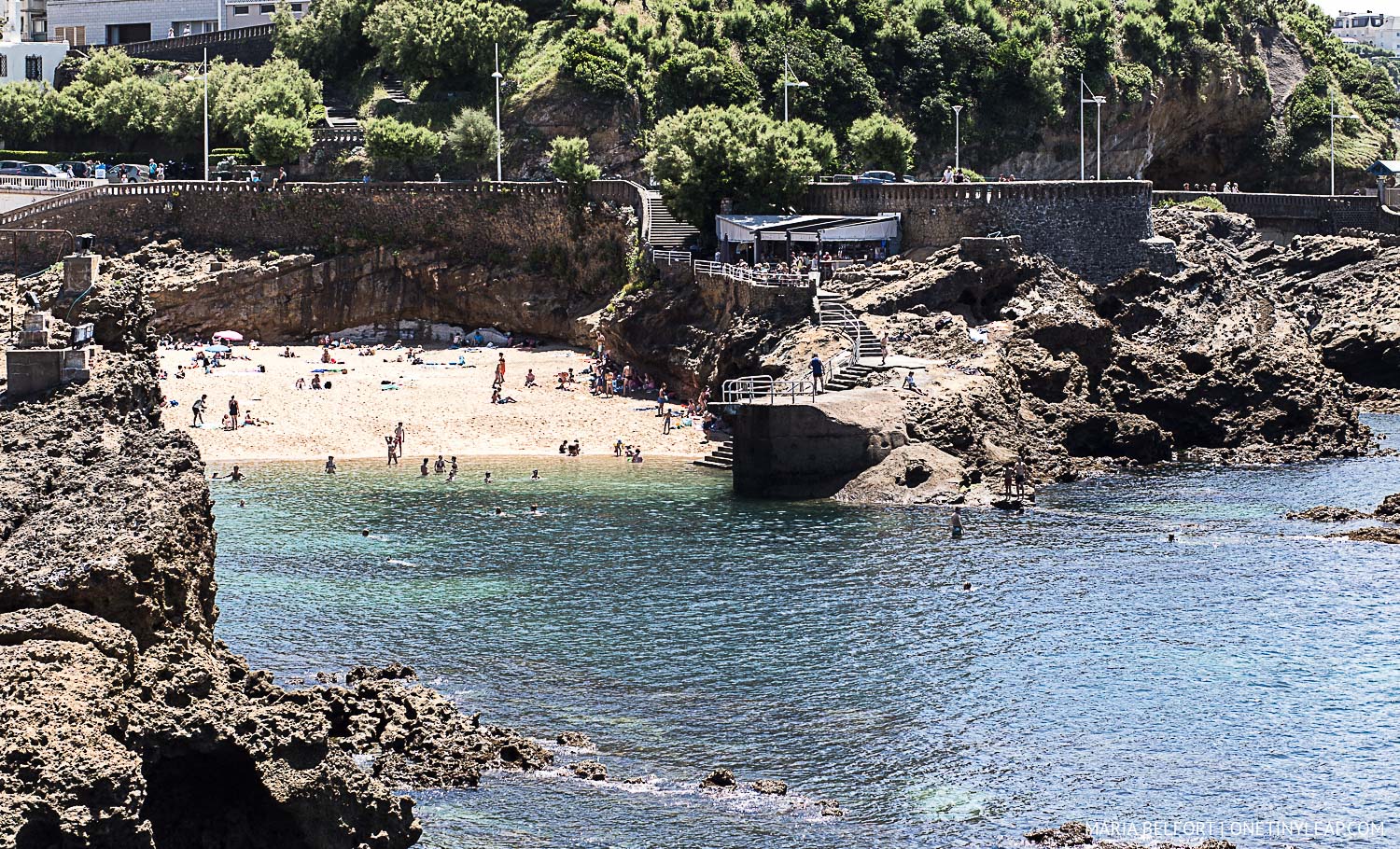 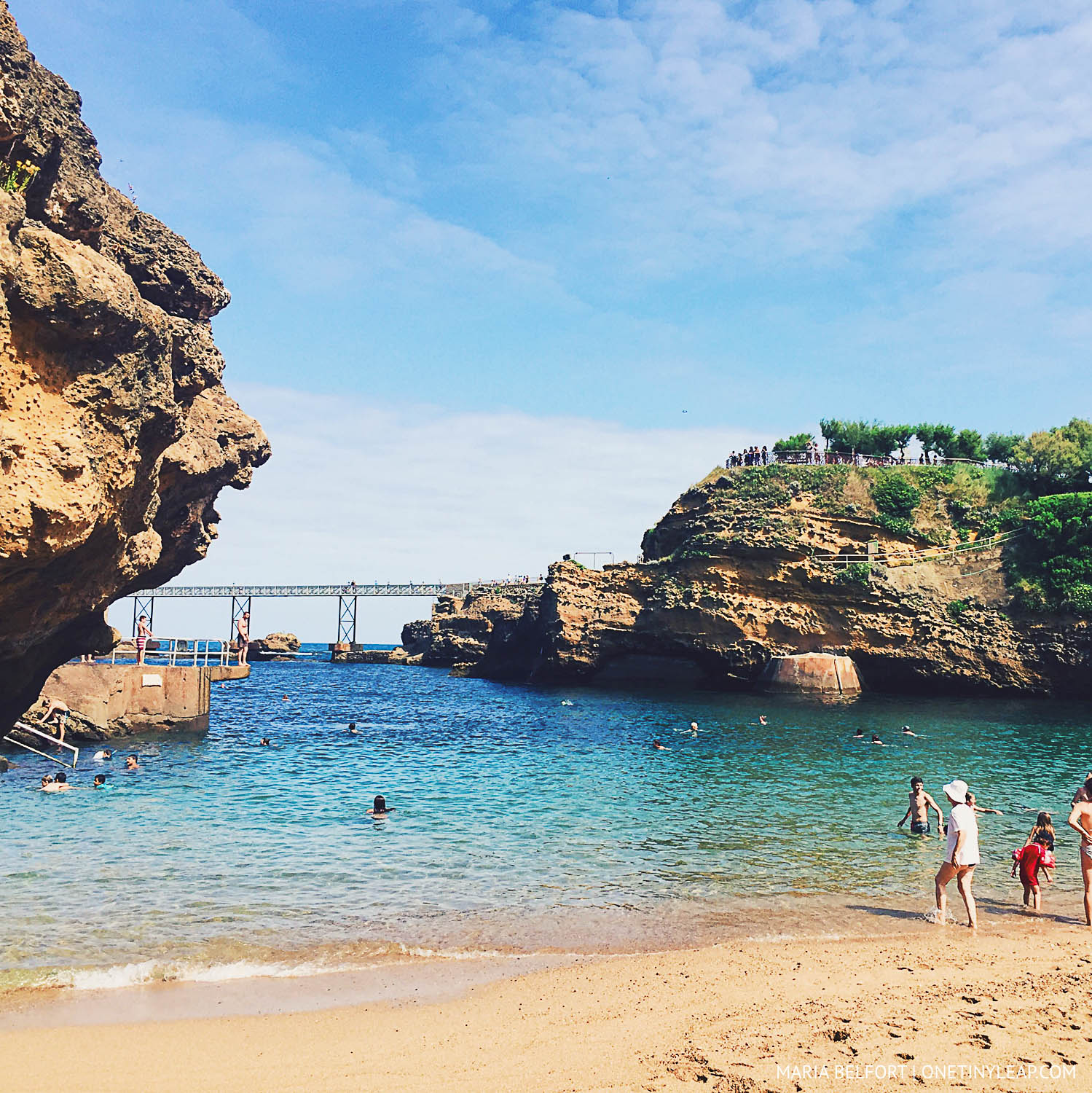 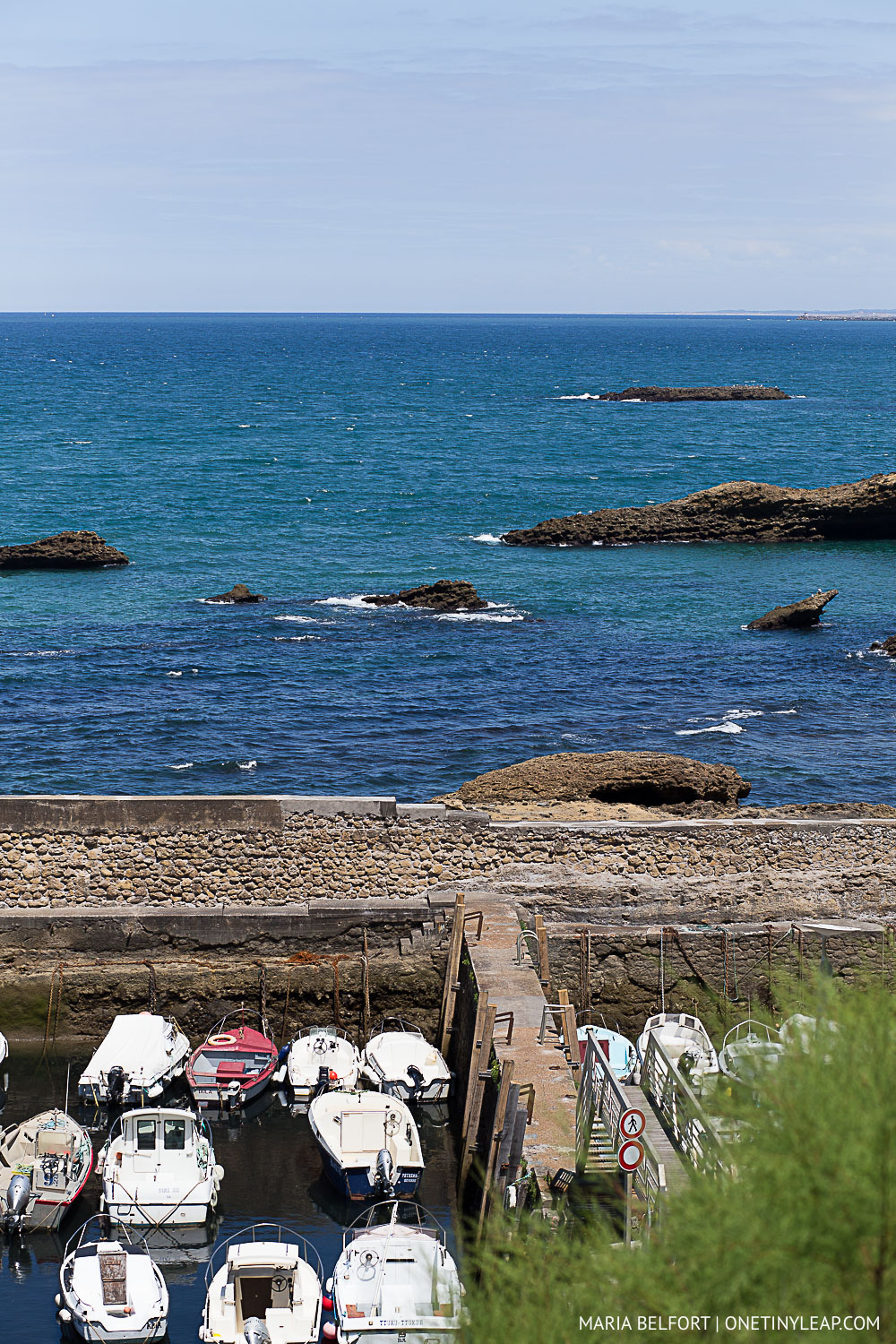 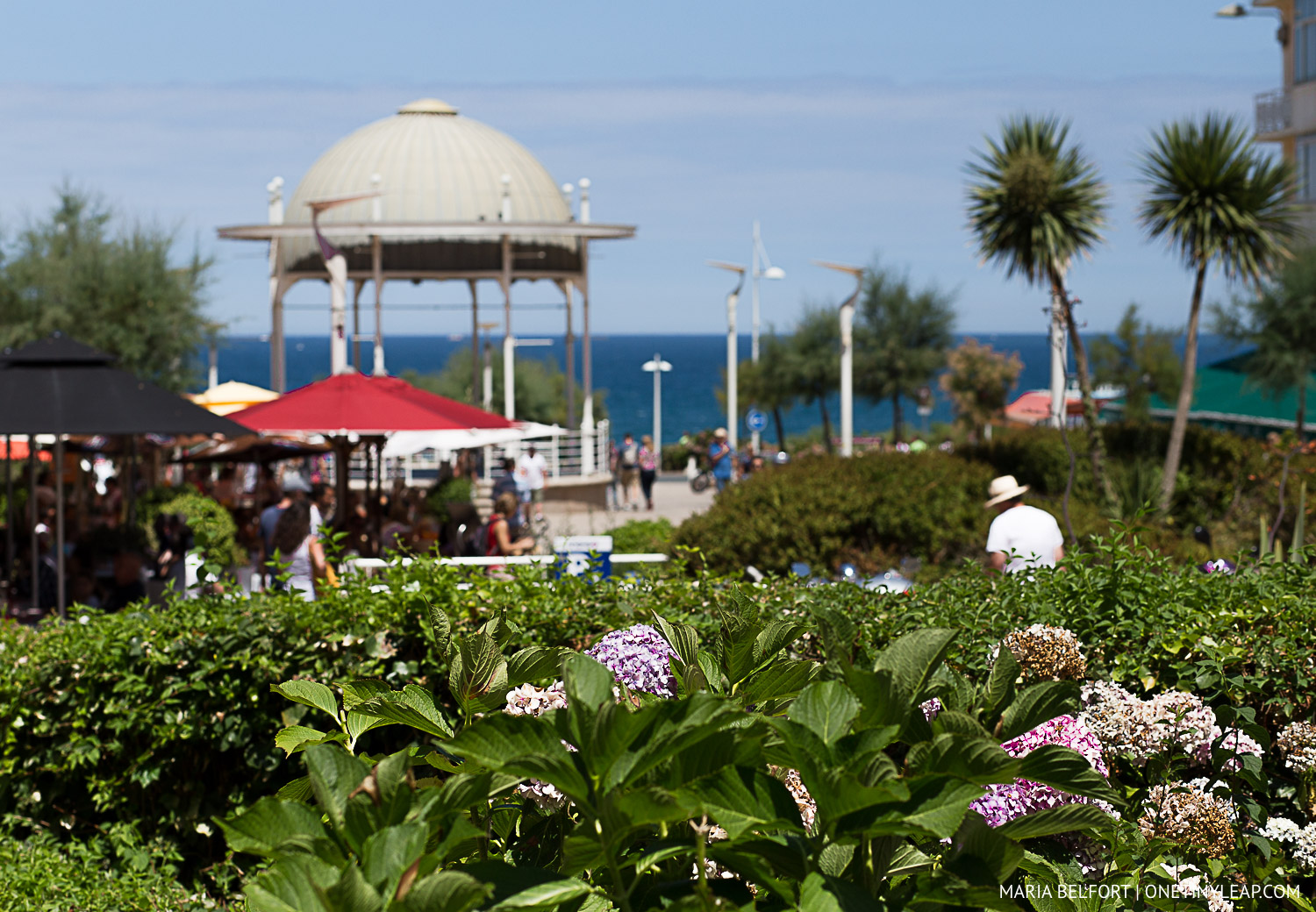 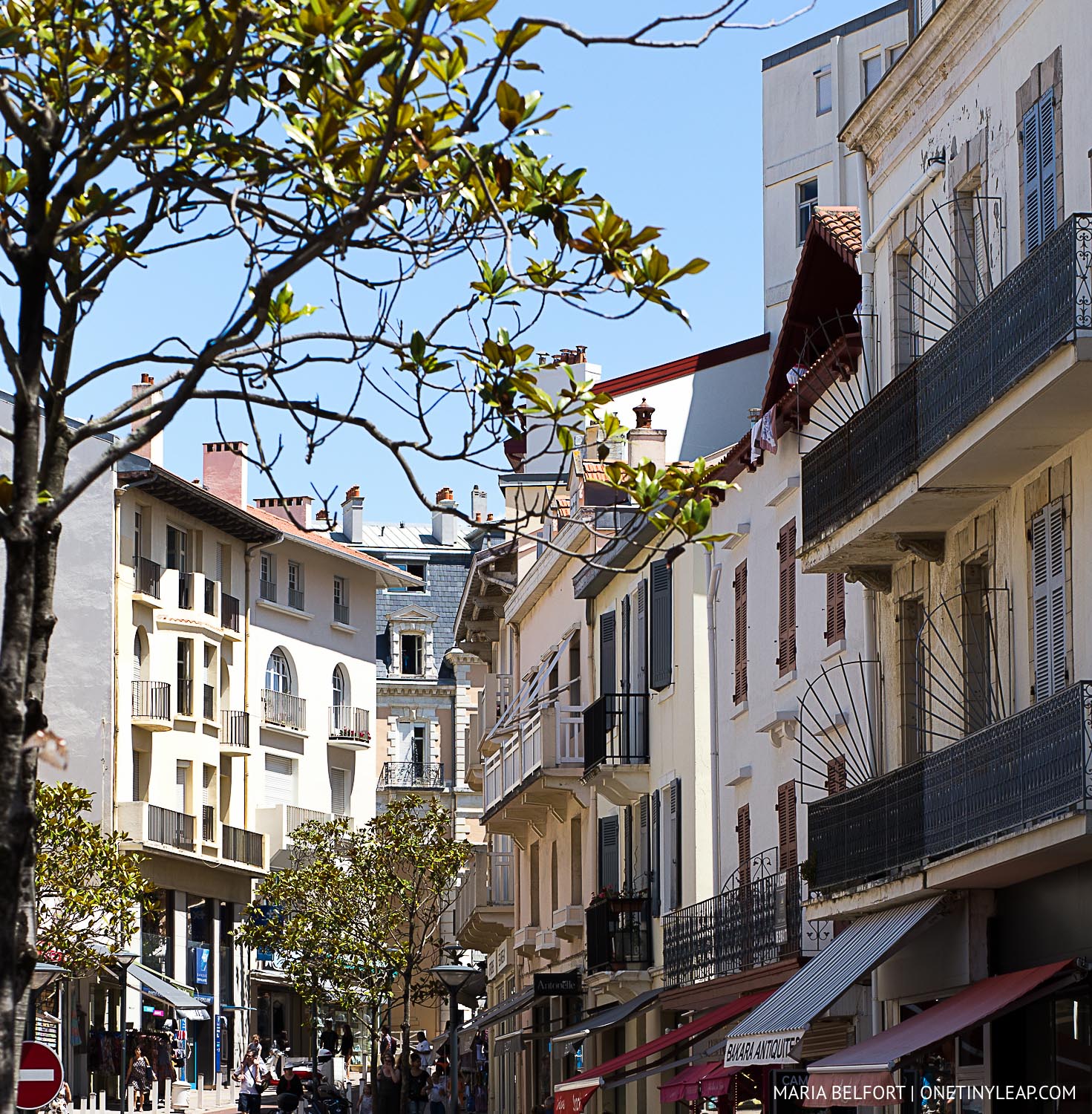 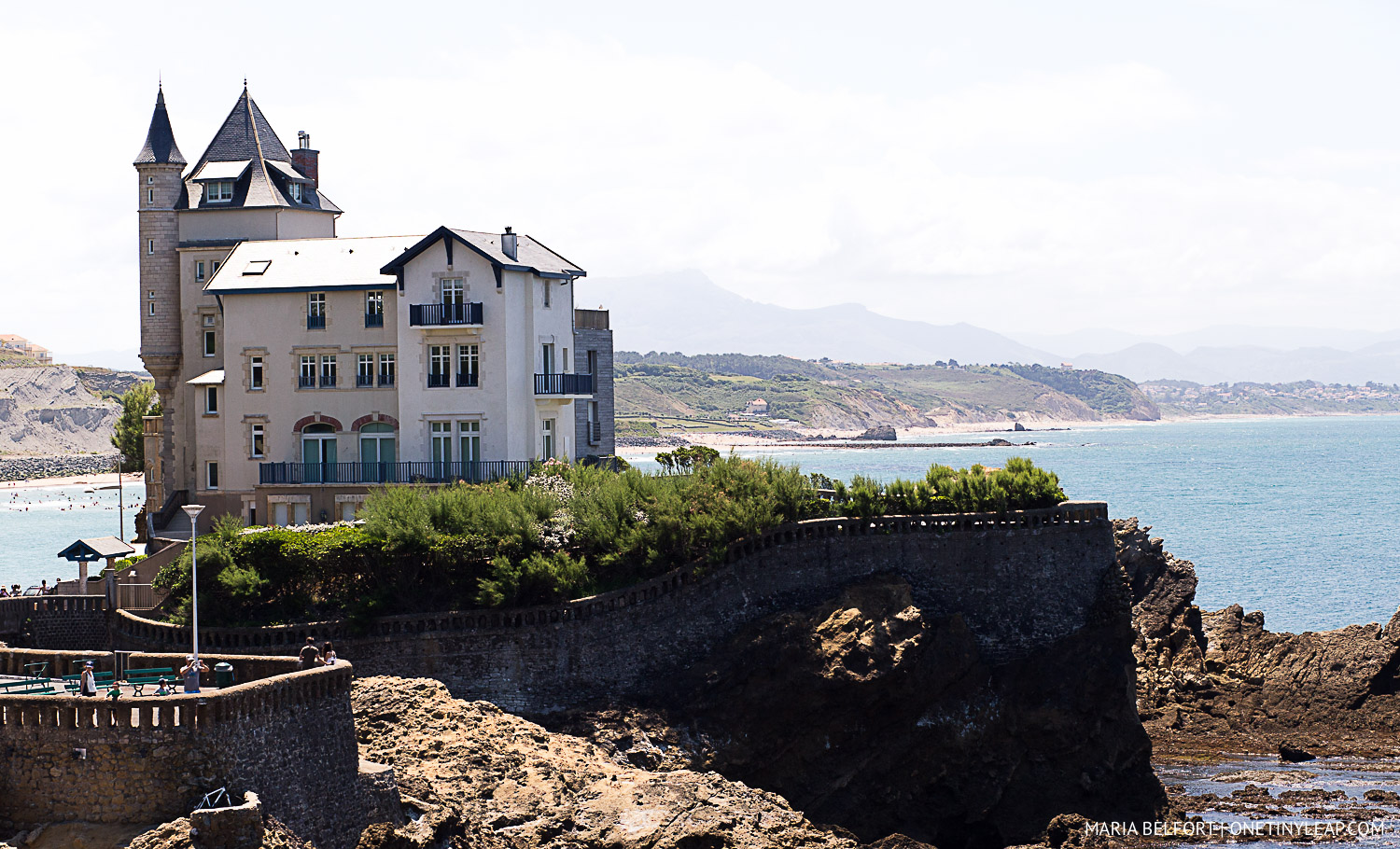 Biarritz has a wealth of sumptuous hotels, beautiful palaces and maisons, but unfortunately our budget didn’t stretch that far, so we were looking for a cheap hotel in Biarritz near the beach. Considering we booked our hotel last-minute, we still managed to find a great hotel at a good price.

We stayed at the Grand Tonic hotel in the centre of Biarritz, which was perfect for us as it was only a few minutes’ walk to the beach and the historical centre.

The hotel is technically a 4 star, but feels more like a good 3 star. The location was spot-on for us, and makes sense for families as you get to avoid much of the city’s many hills when walking to the beach and the centre. The rooms were decorated in a modern style (a bit too bright for me), but could use a bit of updating. Saying that, our room was large, the beds were comfy and the pillows fluffy.

I would probably look for something with a bit more character for a longer stay, but if you’re looking for a decent place to crash for a couple of nights, the Tonic Hotel fits the bill. The reception service, however, could definitely be improved – we had been travelling for 9 hours straight and could’ve used at least a smile and a friendly face upon our arrival. 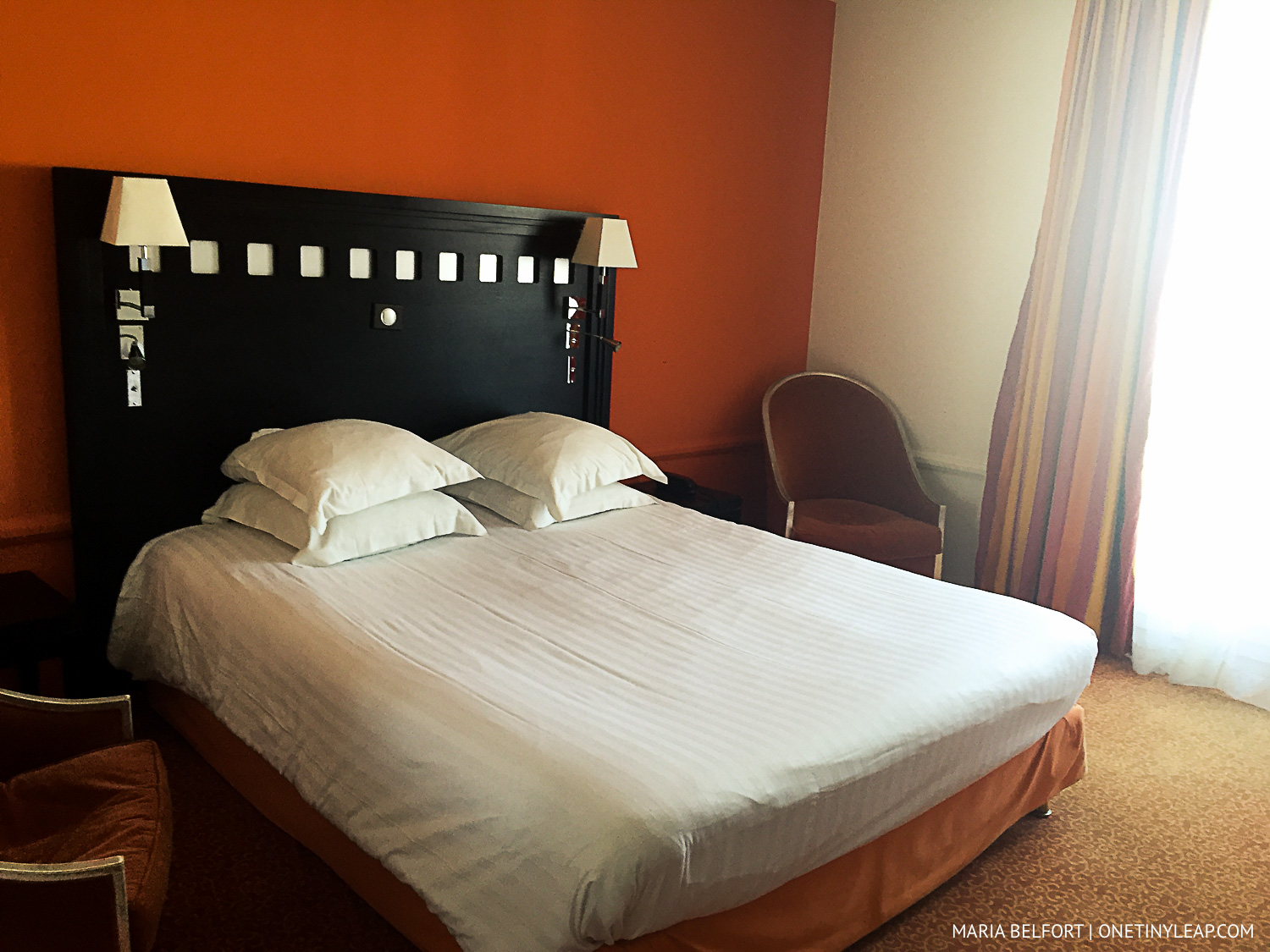 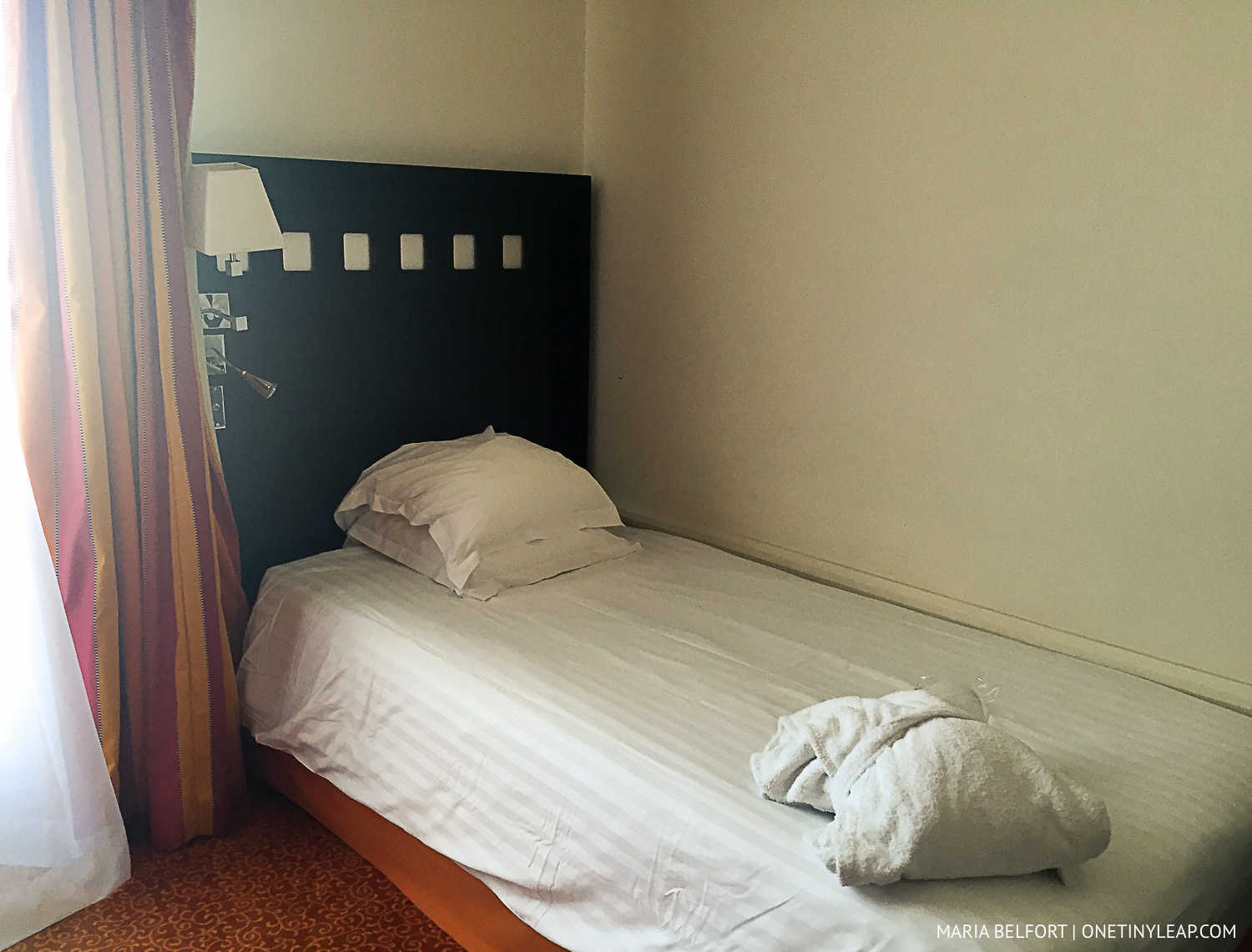 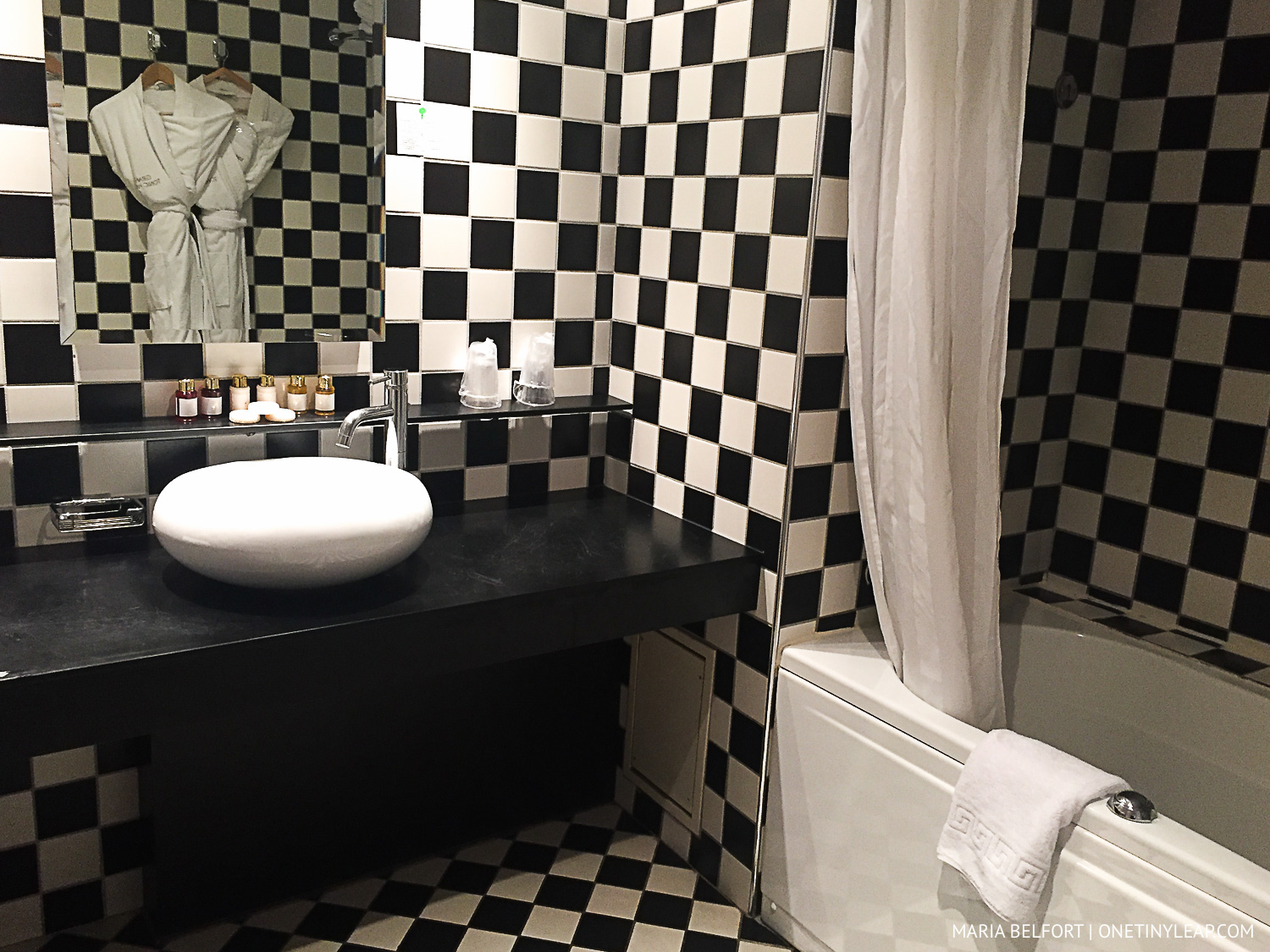 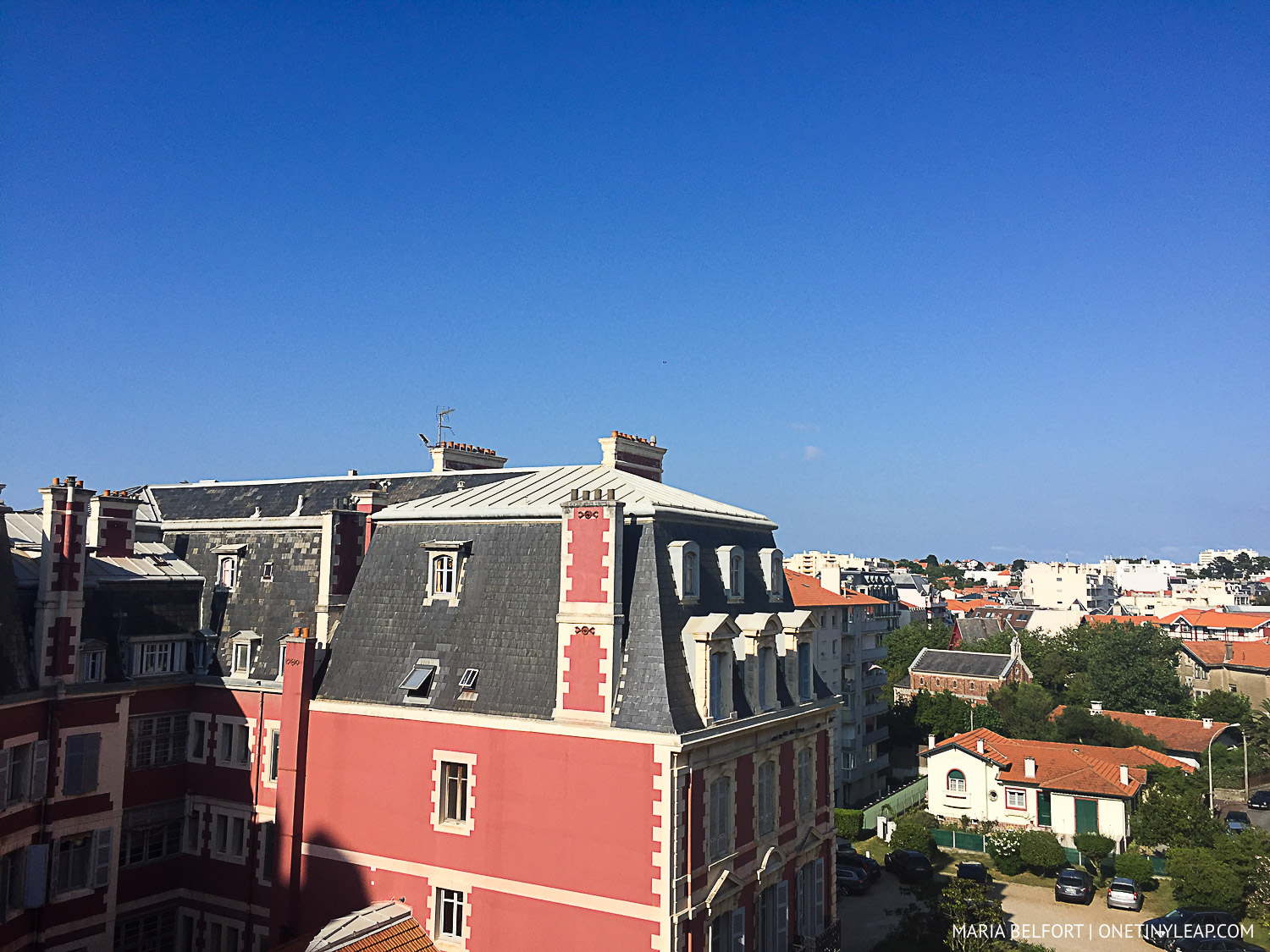 Whatever you do in Biarritz – have fun! We can’t wait to go back!

Best Hotels in Lisbon with Pools