Travelling to Geres with Children

Big Daddy P here on guest-posting duties today to talk to you about our incredible trip through Gerês National Park which is, without a  shadow of a doubt, one of the most blissful places I’ve ever had the good fortune to visit. 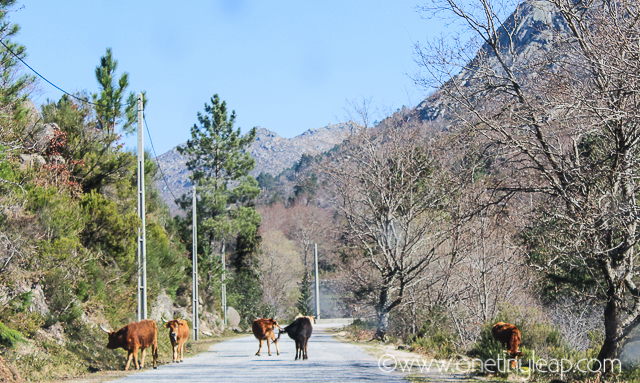 So on our first morning, after a filling hotel buffet breakfast, we took a short drive to Lamas de Mouro, where we were walked a circular trail that took us through some nice rocky scenery and quiet agricultural communities.

I had the boy on my back in a baby carrier because he wasn’t in the mood for walking. This was convenient for me since he weighs more than a couple of bowling balls now, but less so for him, since he wanted to get some shut-eye and prefers to do that with his head on my shoulder. The route took us maybe 45 minutes to an hour, and although it wasn’t especially challenging we were in need of some typical mountain grub afterwards, so we headed over to the nearby town of Melgaço. 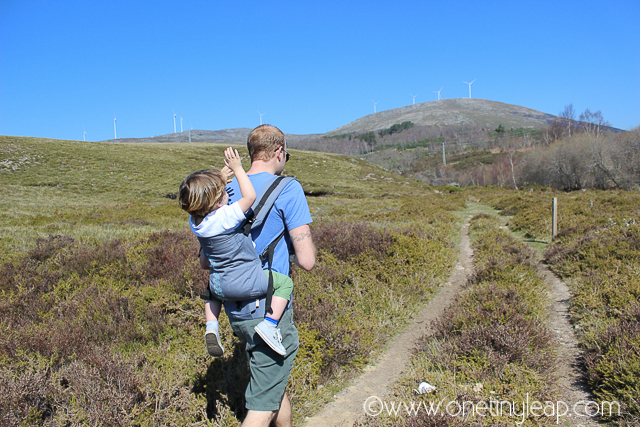 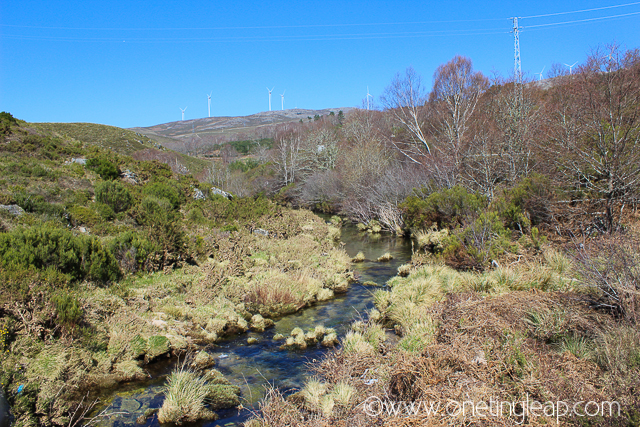 Here we had a very decent meal in a busy restaurant popular with the locals, then did some exploring. Of particular note was the ruins of an old castle, where we climbed up the walls for some great views of the Geres countryside. Just outside was a charming, sleepy little playground where the boy had fun on the swings and slide while we relaxed under a canopy of flowers.

Day three took us on what I can only describe as an EPIC road-trip. Almost a decade ago now I toured New Zealand for a while, and had a lot of fun just driving up and down mountains along twisting roads and through ever-changing gorgeous scenery. Well, Geres is the nearest I’ve come so far to recapturing that experience – it is a dream if you like being behind the wheel. Challenging in places, but nothing too extreme, and endlessly enjoyable. Maria though had trouble holding onto her breakfast at times. We passed through green leafy forests, alongside rivers, around crystal-clear lakes, through rock-scrabble landscapes reminiscent of the Scottish Highlands, and Charlie didn’t complain once! 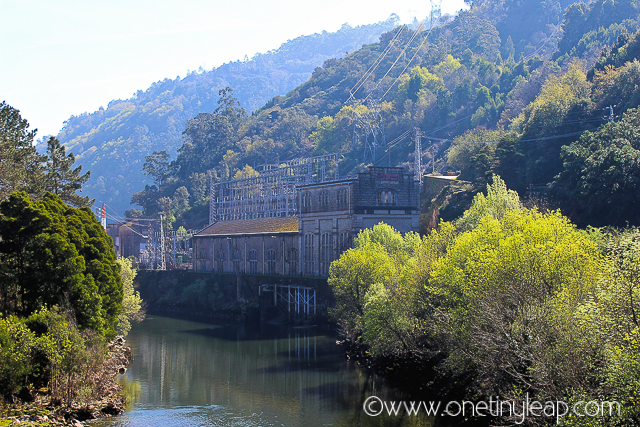 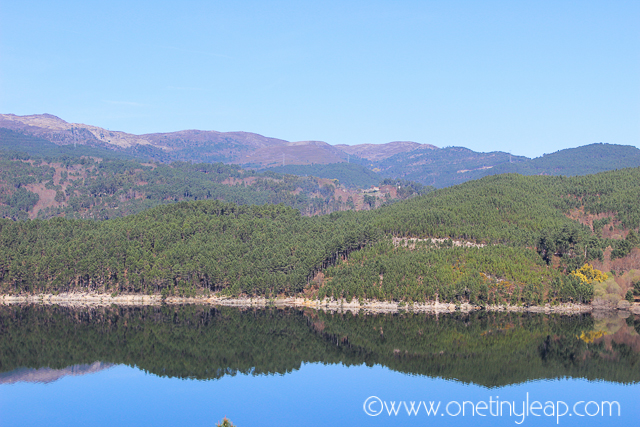 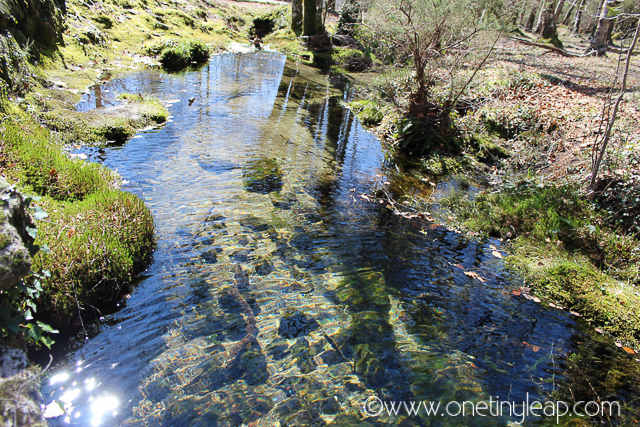 Eventually we arrived in the small town of Cabril, where we decided to visit a little-known but apparently stunning waterfall. After getting directions off the fantastic ‘Os Meus Trilhos‘ blog, we finally made it to ‘the bridge’, parked the car and set off down the track, little did we know how much of a problem thus was going to be. It was a treacherous route, slippery underfoot, steep and narrow. At times we considered going back because we were so worried about Charlie, but he’s always had a great sense of balance and plenty of courage, so we continued on until we got to the bottom of the hill. Here there was a very attractive, isolated set of rockpools where we picniced, had a paddle and took Charlie for a swim. We loved it so much we stayed for a few hours before climbing back up, but to be honest, wouldn’t recommend it to other families with little ones. 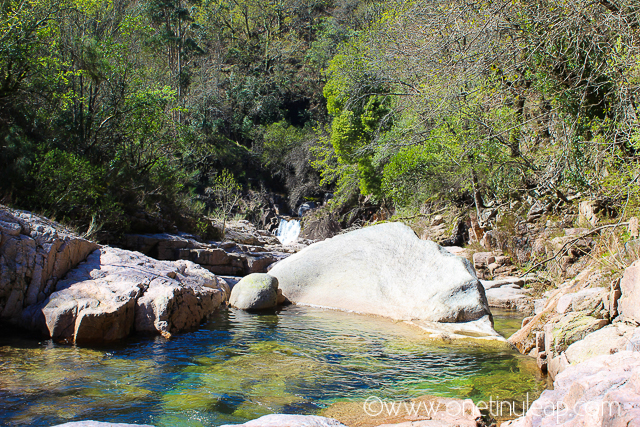 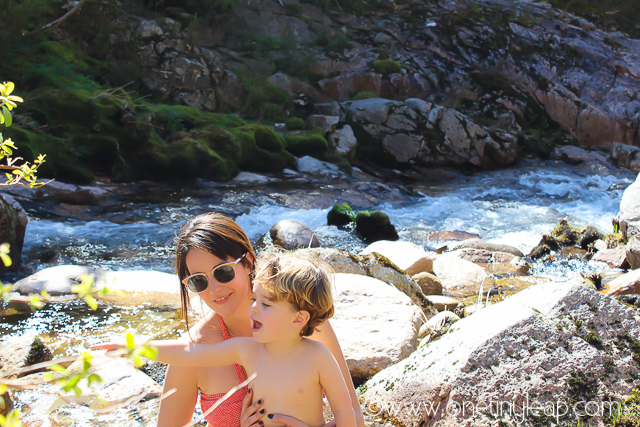 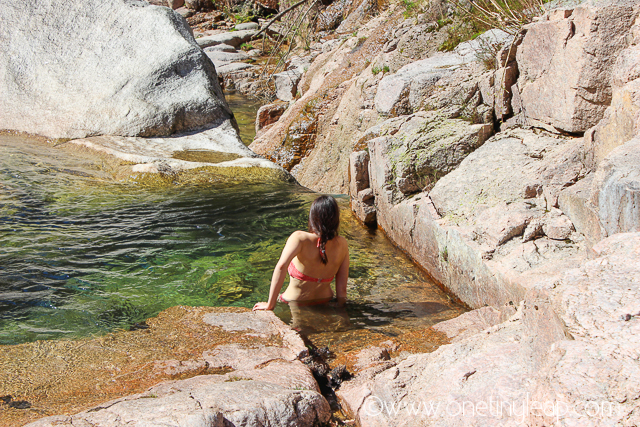 Afterwards we drove on, again with me at the wheel, loving every minute of the drive. We were headed to Arcos de Valdevez, where we’d booked a room in a little guest house with a local family called Quinta do Olival. This turned out to be one of the best decisions we could have made – rarely have I been looked after so well in paid-for accommodation. 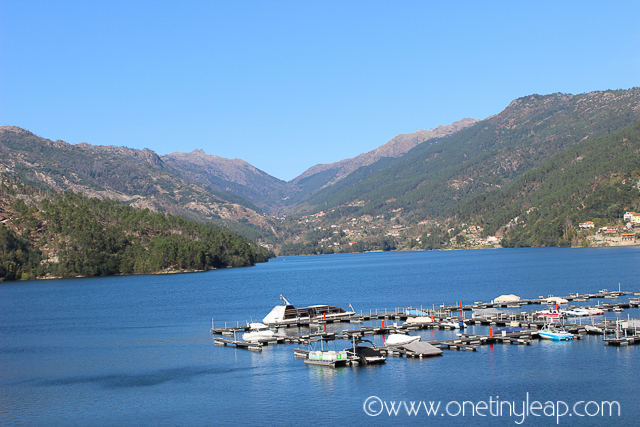 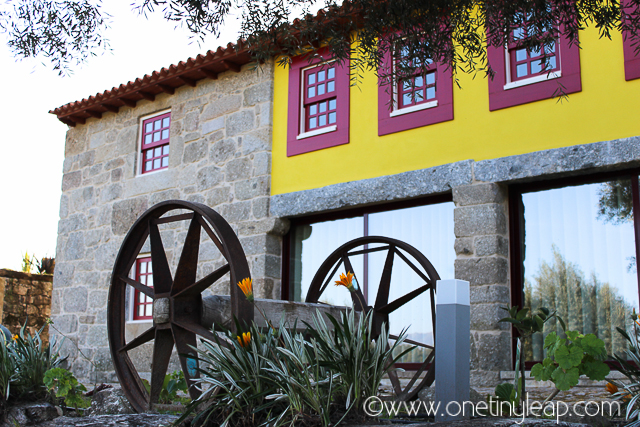 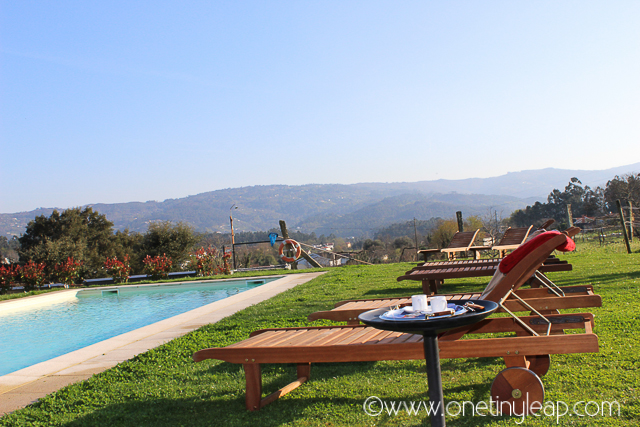 The family were really friendly, they showed us around their lovely property including an antique water pump system and a very modern swimming-pool which we were free to use. The “room” was actually a fully-equipped swish apartment, with an incredible large glass window in the main bedroom. Breakfast was around the kitchen table, and a real spread including locally-made jams and fresh juice. Would recommend this place to anyone wanting to holiday in Gerês.

For dinner that evening we went to the peaceful little town of Arcos de Valdevez where we again visited a playground before a mammoth meal of meat, beer and bread – just what we needed.

Next day, before heading back, we decided to visit the town of Ponte de Lima where Maria’s family comes from. And this is probably when I decided I could quite happily live in Gerês. On a hot sunny day, it’s paradise to just sit around lazily in a cafe with a beer, watching the residents go about their daily business. No doubt later in the tourist season it would have been more crowded and a bit less enjoyable, but on that day everything came together – I’ve never felt so relaxed, so content, so happy since I moved to Portugal.

Gerês I heart you and would return in an instant.

Visiting Sintra and the Pena Palace with kids

Things to do in Lisbon with kids

Finding the hidden playgrounds in Lisbon’s most beautiful...

Best Hotels in Lisbon with Pools

Moving Abroad with a Toddler