Home Food Japan is too boring

Japan is too boring

The Commissioner of the Japan Tourism Agency has said that long stays in Japan are “utterly boring” for Western tourists, the main reason being a language barrier that means visitors have difficulty understanding the significance of landmarks, the menus in restaurants, or how to navigate public transport.

As someone who recently spent a month travelling around Honshu, I can agree that getting around cities like Tokyo and Kyoto can take some getting used to, and a lot of asking for help from officials. Eating out, especially with a 4-year old, can be a strange experience, where you often have no idea what you’ve just ordered.

But boring? Japan boring? Japan is probably the most amazing and exciting place I’ve ever been to in my life, and I can’t wait to go back again.

The challenges that come from not speaking Japanese, and most Japanese people speaking little to no English, is all part of the fun. And if you have trouble reading the signage at temples – there’s always guidebooks or the internet to help you understand what you’re seeing.

When we landed in Tokyo, this was the extent of our Japanese language skills:

That, and a few scribbled notes on different places we intended to visit, was about the extent of our preparation. We just plunged straight in. Sure, it was stressful at times. We got lost on more than a few occasions. We had to ask waitresses in restaurants to repeat things over and over until we understood them. And there was a huge culture shock in almost every aspect of our stay. But looking back, I can honestly say we loved (almost) every minute of it.

Japan’s super-fast train network carries you around the country in spacious comfort and convenience. We had at least twice as much legroom as you would get on a standard English train, every carriage was perfectly calm and quiet, and on every station platform we could purchase a delicious box of sushi to eat on the train. We took the shinkansen quite a few times, so we saved ourselves a bit of money by booking a Japan Rail Pass in advance, and picking it up in Tokyo’s main train station. 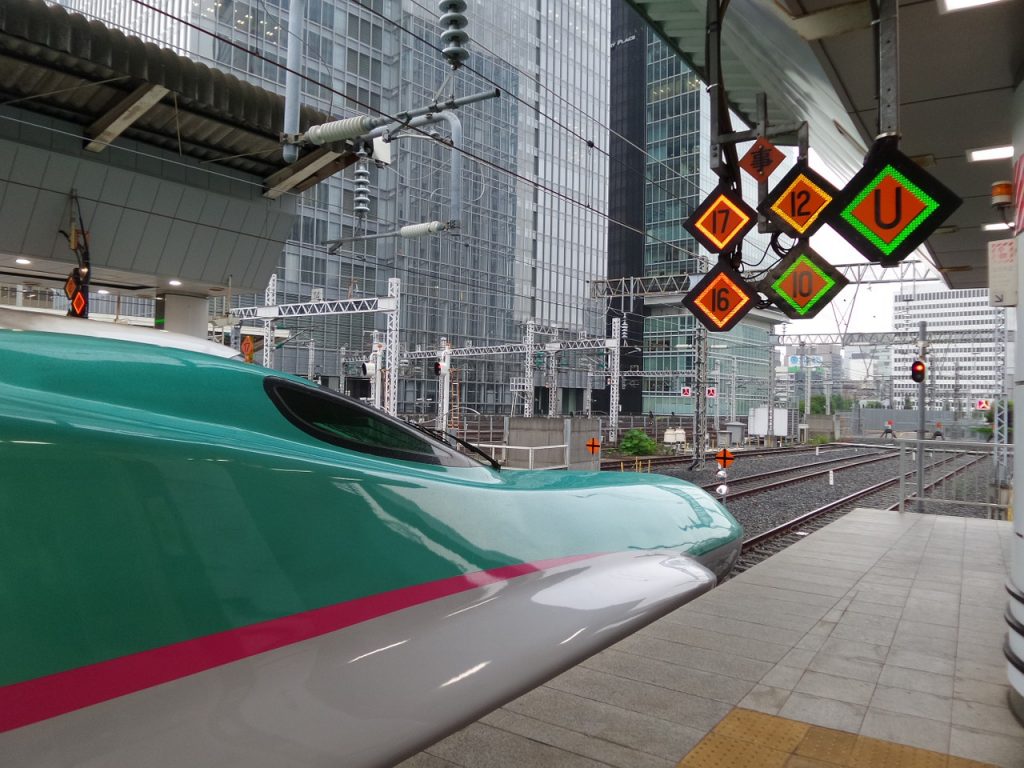 This was the biggest draw for us, and even now, almost two years since we got back, I still eat Japanese food at least a couple of times a week. My son, now 6, loves ramen and gyoza and we often make our own. In Tokyo we took a sushi making workshop with a local chef; in Kyoto we barbecued kobe beef; in Osaka we gorged on the traditional pancakes that sizzle on hot plates; we drank sake in lively ‘salary men’ dive bars – and we didn’t even scratch the surface of Japanese cuisine. It’s delicious, it’s healthy, and it’s inexpensive. 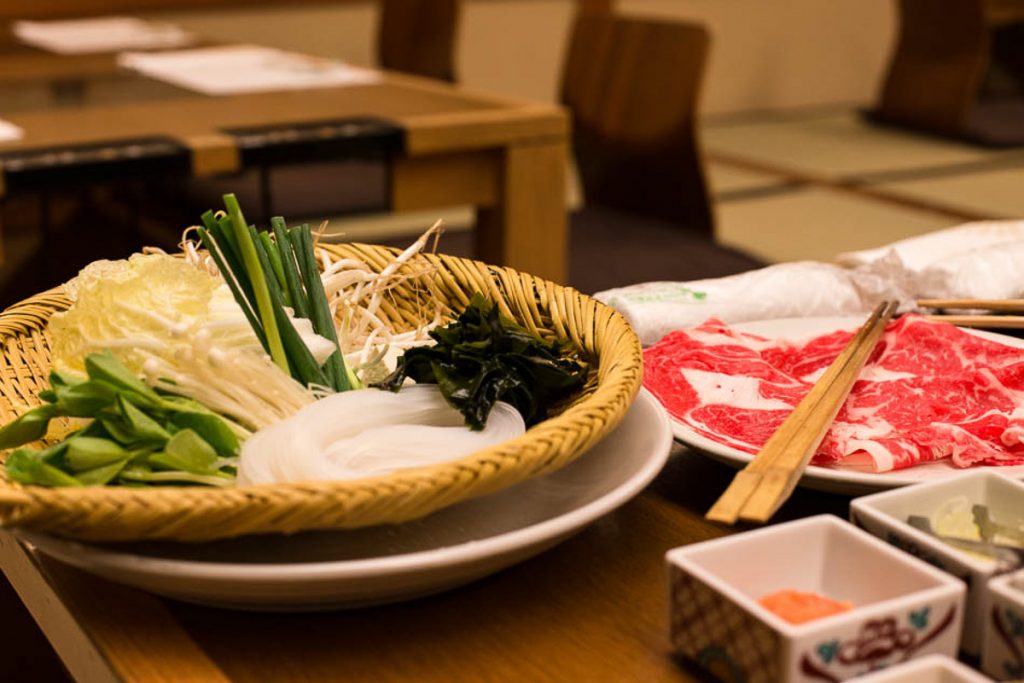 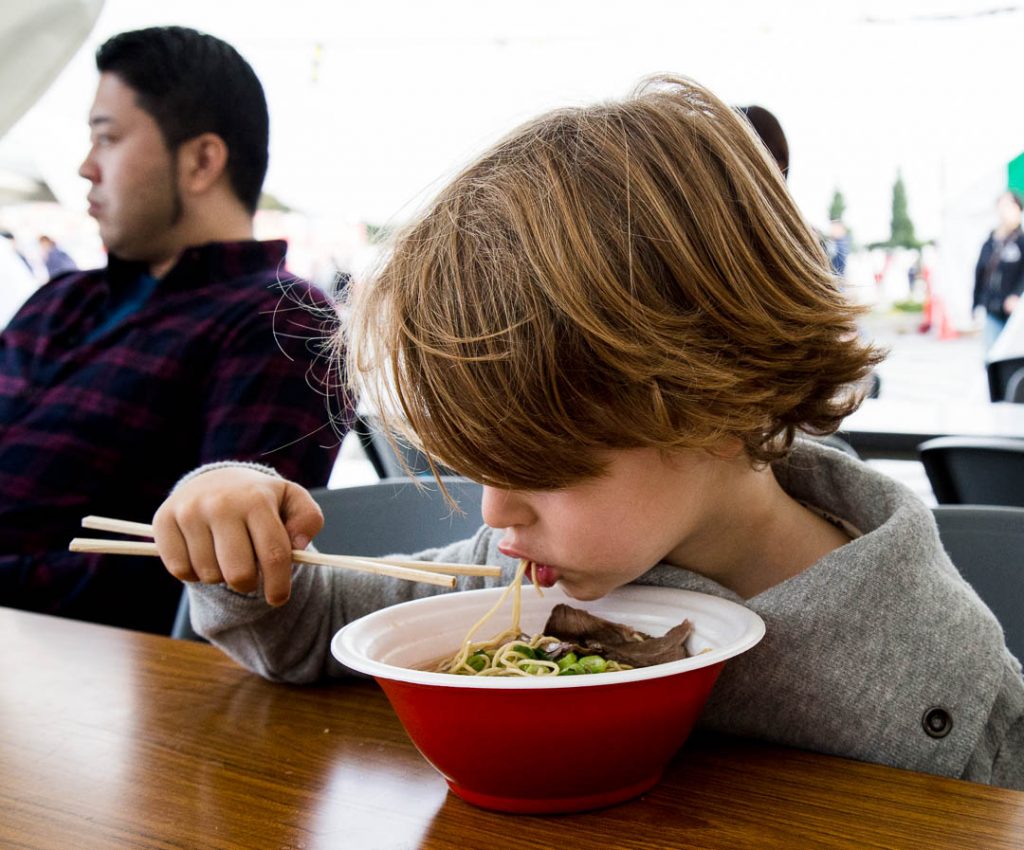 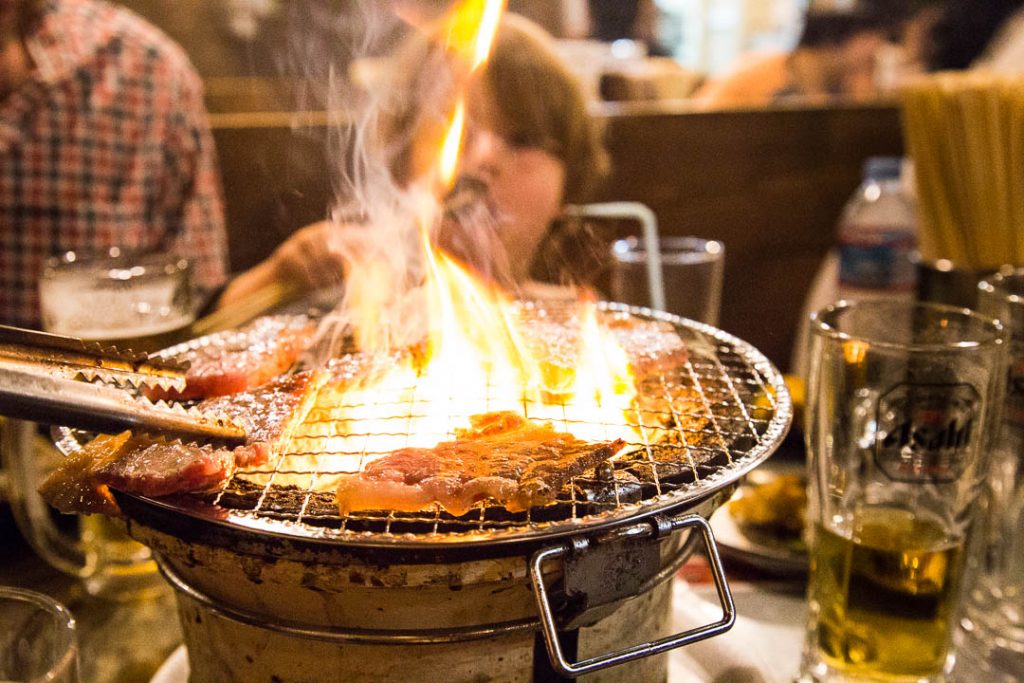 Everywhere we went in Japan, we were reliant to an extent on locals helping us out. In the Tokyo subway, until we understood the system, we would pester the staff for directions and instructions. We met a lovely taxi driver who although he got us lost in Kyoto, was so eager to help us. And in the countryside near Osaka we stayed at the home of an awesome guy who would even escort us to restaurants in the evening to ensure we ordered correctly. It’s true the language barrier can often be difficult to overcome, but we found that pretty much everyone we met in Japan was unfailingly friendly, polite and happy to help us. 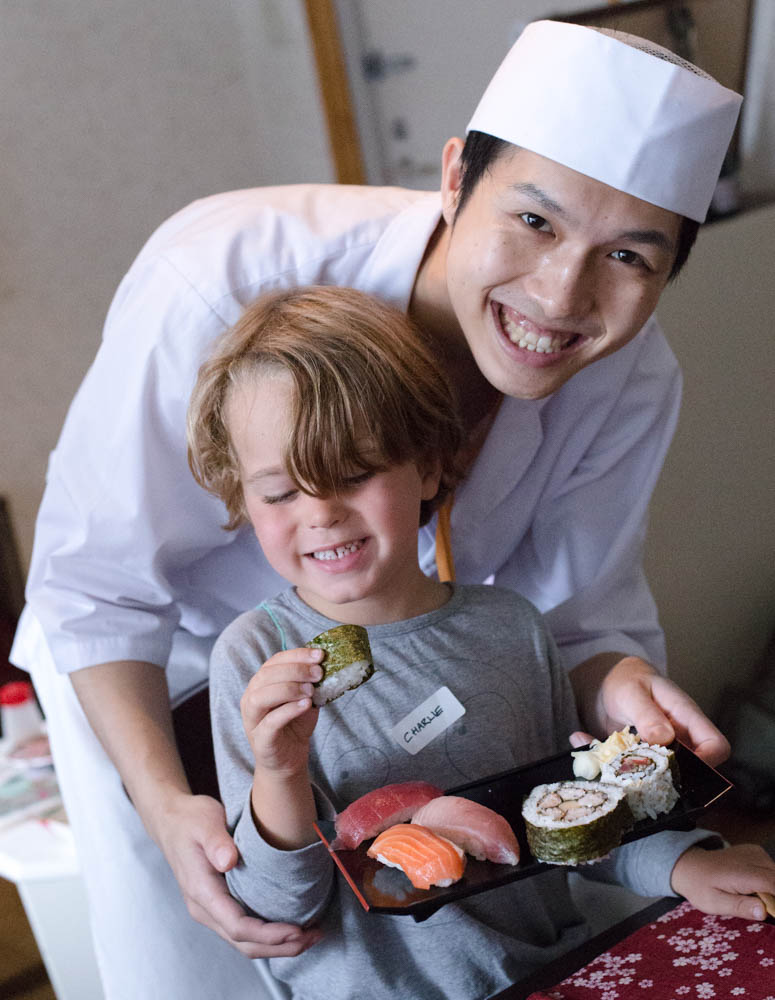 There are ancient temples and shrines all around Japan that you can visit. Many of the oldest and most prestigious are found in Kyoto, which was once the royal capital. Japanese Buddhist temples are things of beauty, often constructed of hand-carved wood that takes on all manner of unusual angles. The towering pagodas, colourful dragons and huge bells are very impressive, even if you’re not always sure of their significance. In Kyoto, the Fushimi Inari Shrine is probably the most iconic place to visit, with thousands of orange torii gates that have been donated by the faithful. 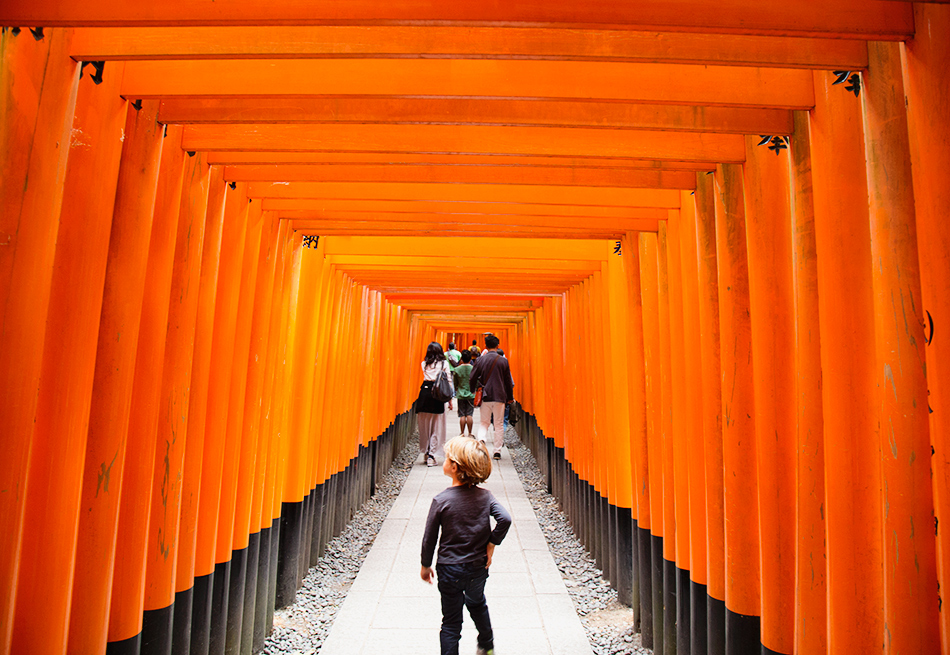 The samurai tradition is still very strong in Japan, even though you don’t see groups of fearsome sword-wielding warriors wandering around anymore. One of the most memorable days on our Tokyo trip was when we walked a section of the Nakasendo, an ancient highway running between Tokyo and Kyoto, that in centuries past was a popular route for Japanese nobility and their samurai guards. In Osaka we visited a castle and got dressed up as samurai, which my son loved, for a photo, and all around the country you can see imagery and artefacts to learn more about this fascinating part of Japanese history. 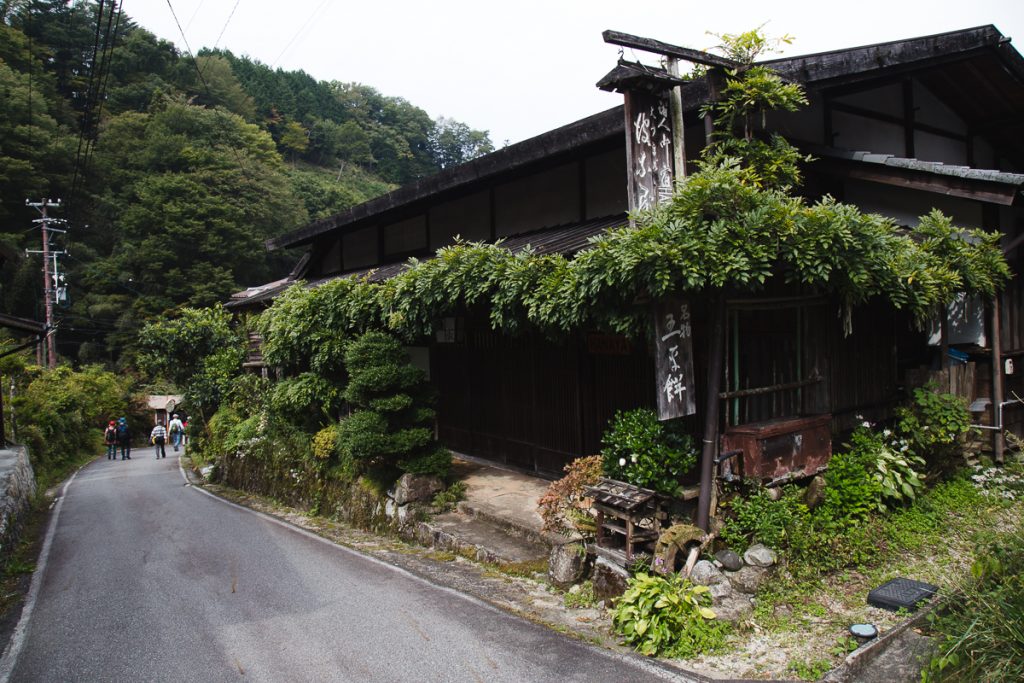 If you want to visit one of the most iconic landmarks in Tokyo, you’d better hurry, as it’s scheduled to be moved in Autumn of 2018. The Tsukiji Fish Market is one of the largest in the world, full of stalls where you can watch traders hard at work slicing, skinning and shelling all manner of seafood, from octopus and squid to gigantic tuna that need two men to cut through with a sharp sword. Around the outside of the market are dozens of sushi restaurants that are reckoned to serve some of the best food in Japan. Arrive very early (around 4.00am) to see the famous tuna auction. 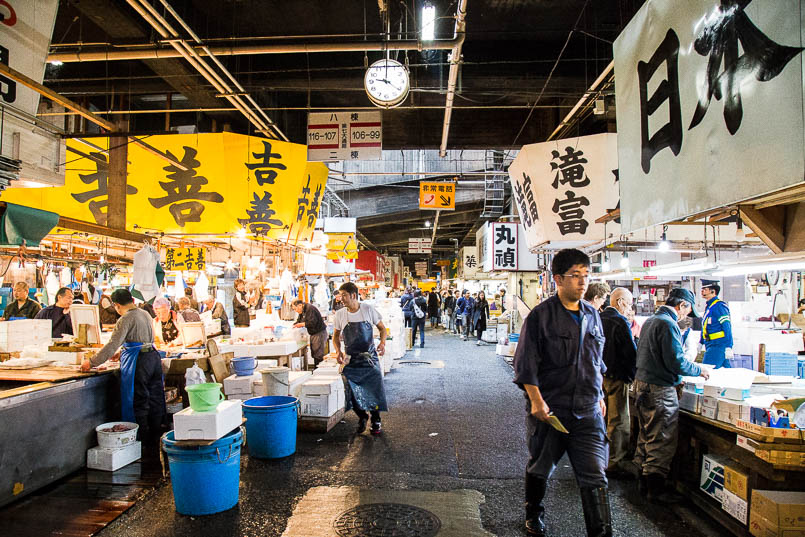 Japan is fast building a reputation as one of the world’s best winter sports destinations. There are around 600 resorts in the country, most of them very small, but they see a lot of snow. Plus, in comparison to most European resorts, lift passes are very inexpensive, and you get a great mix of family-friendly and more challenging pistes. 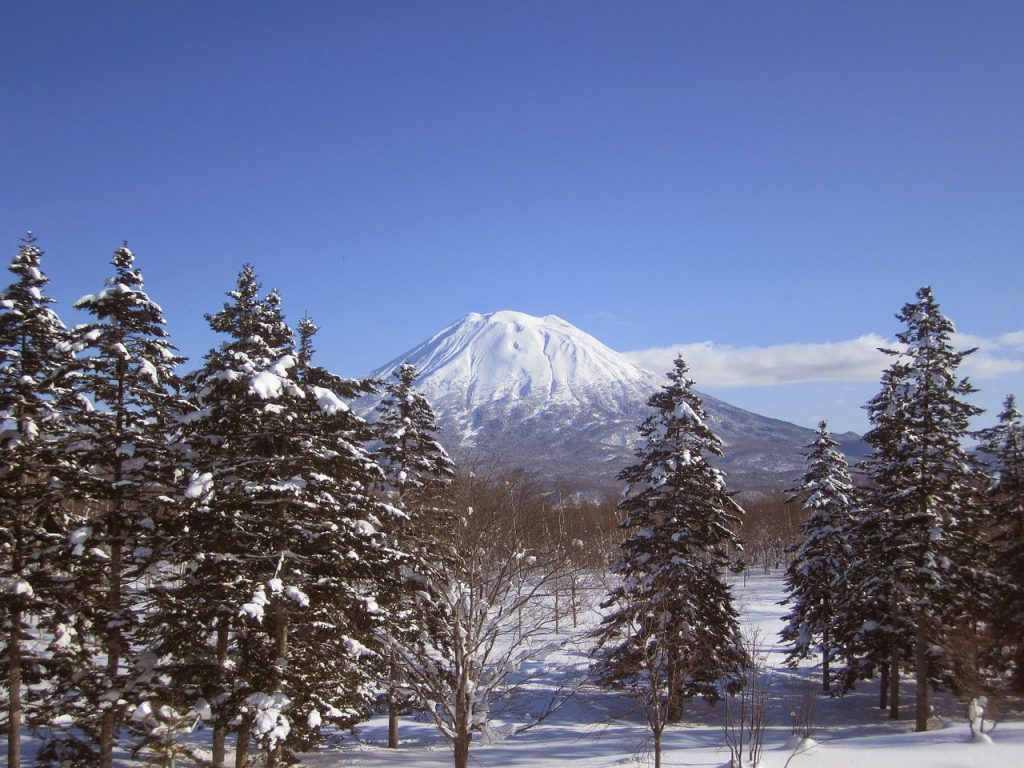 Probably most people don’t really consider Japan for a beach holiday. I would guess it’s really a cultural (city) destination, although more and more people are coming to ski. But of course Japan is an island nation, and there are many gorgeous stretches of coastline, and small islands to visit. Some of the best beaches are located in the subtropical Okinawa Prefecture, where the sand is white, the water turquoise and there is opportunity for diving and snorkeling. Learn more about Japanese beaches. 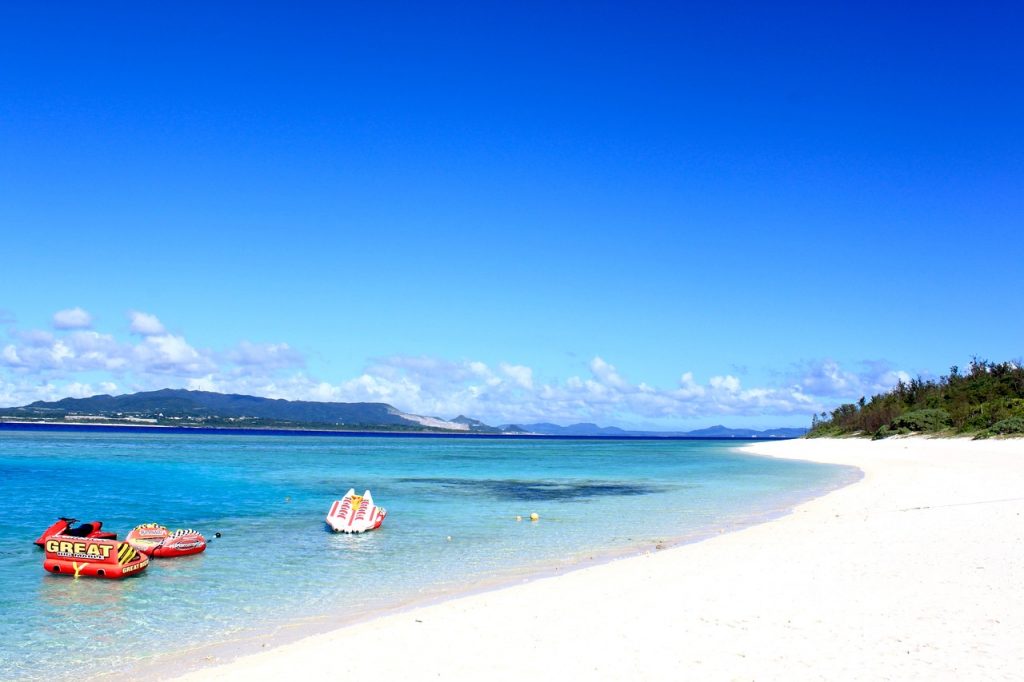 If, like me, you grew up on a diet of Studio Ghibli films, then, like me, you’ll probably love exploring the Japanese anime scene. A major highlight of our time in Tokyo was when we bought tickets for the Ghibli Museum (you have to buy them in advance). It’s actually more a theme park, where kids can play and jump on a life-sized cat-bus from My Neighbour Totoro, and parents can be amazed at the intricate processes behind animated film production, and explore a totally unique building that was designed like a storybook world. 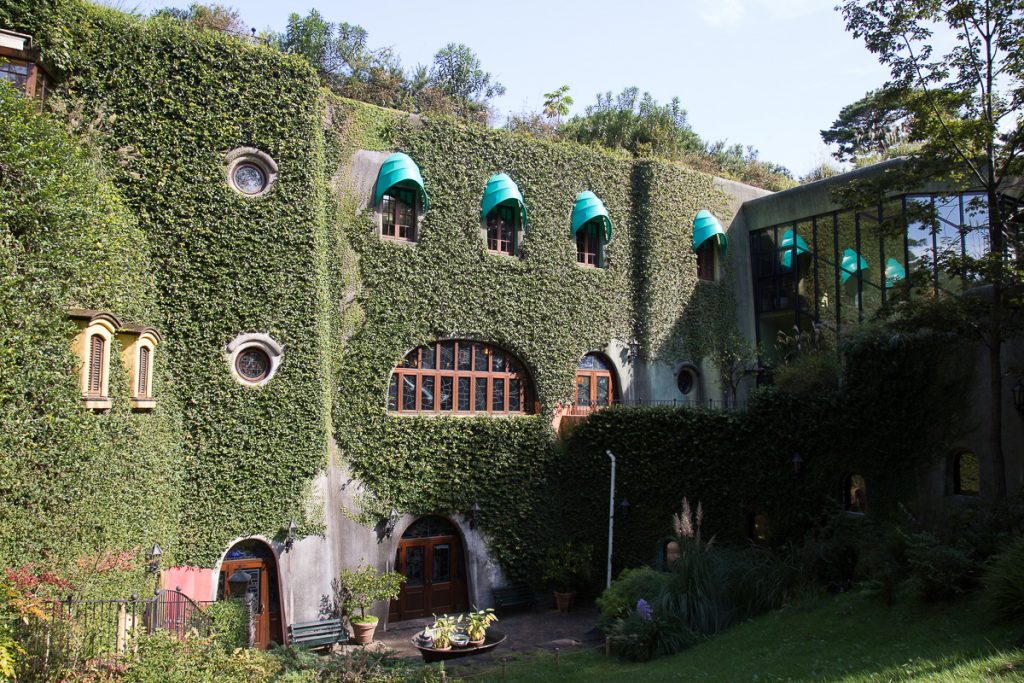 No guide to Japan could miss the sakura (cherry blossom), although unfortunately we did, landing in Tokyo just a few weeks too late. The sakura are usually on display between January and early April, flowering across Japan first in Okinawa, and later in Tokyo and Kyoto. You can see these gorgeous pink flowers in lots of public parks around the country, and even though it gets very crowded, it still makes for amazing photographic opportunities. Lots of Japanese people like to take a picnic beneath the trees in the samurai tradition, and there’s nothing to stop you doing the same. 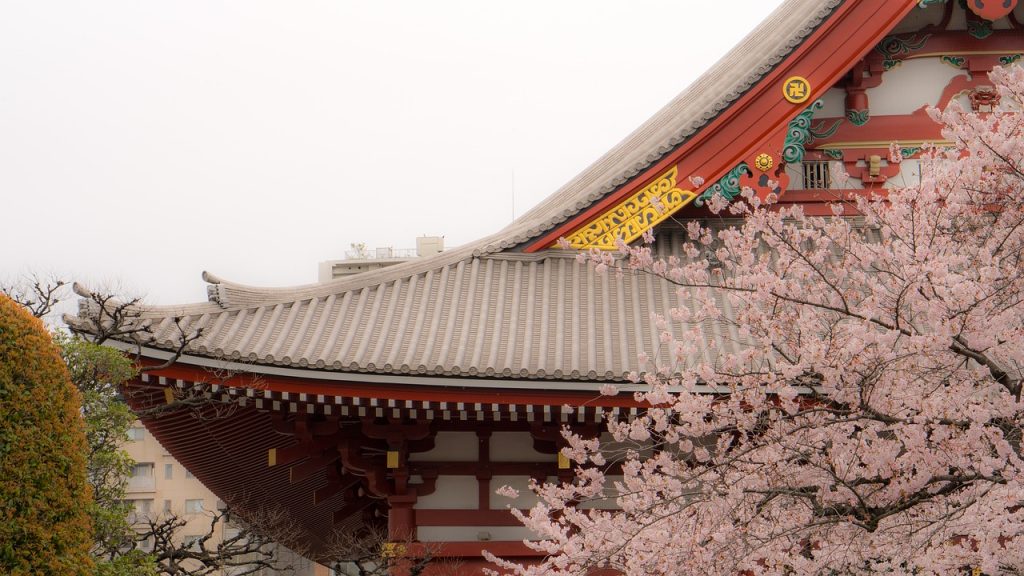 Over the Tuscan hills: Villa Le Capanne with Bookings for You Review

How to cope with flight delays when you...