One Giant Leap – Travelling the World as a Family [Sponsored]

“To my mind, the greatest reward and luxury of travel is to be able to experience everyday things as if for the first time, to be in a position in which almost nothing is so familiar it is taken for granted.” – Bill Bryson

We’ve collaborated with M&S Bank as part of their Make a Switch campaign to bring you a post where we share how and why we made our life-changing decision of going on a round-the -world adventure.

WHAT WAS YOUR ‘LIFE SWITCH’ AND WHAT INFLUENCED YOU TO MAKE IT?

We were in our early 30s, and our yearning for long­term travel was a dormant feeling, buried under 9-­5 jobs and a comfortable and fun life in Brighton. It was shortly after we became parents that we started reflecting on how life seemed to zoom past us, our son growing bigger by the day, and our dreams seemingly further away than ever before.

Around the time our son turned one, we started talking about these dreams, making hypothetical plans, until we finally looked at each other and said: Let’s do this! We can do this! A few months later we had booked a set of RTW tickets and started putting the first pieces of our trip together. 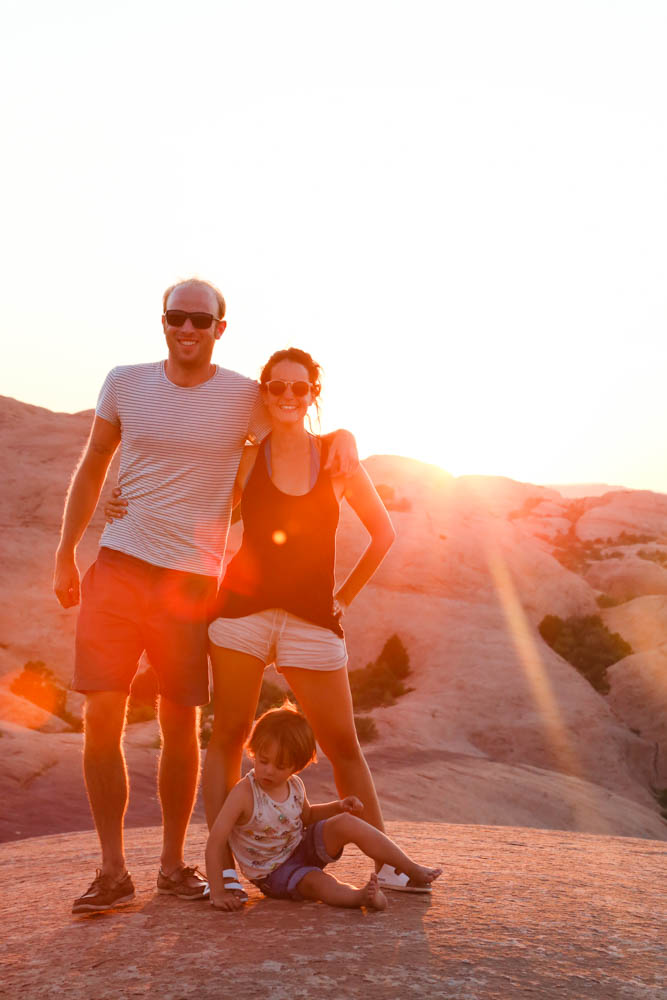 Of course this is not a decision we made lightly, and despite being quite impulsive by nature we were full of questions and doubts, so we tried to cover all bases by doing ridiculous amounts of research.

We were a little anxious over whether or not we could make it happen for us. Financially and emotionally, there were constraints, but deep down we knew the benefits far overwhelmed them. The opportunity to wake up to no set plans and live a life of spontaneity, in addition to exposing our child to so many different cultures was a once ­in­ a ­lifetime opportunity.

So, we set to work on planning the logistics. Both Rob and I began new, freelance careers, and over 18 months or so we were lucky enough to build up significant client lists. That would give us a decent income while travelling, and to supplement it, we also did some minor renovations on our flat in Hove that allowed us to maximise the rental income during our time away.

With savings over the next year and a bit, and plans to work nomadically, we had ourselves a decent living budget.

After selling most of our belongings and renting out our flat in Brighton, we moved to Lisbon temporarily to grow our freelance businesses (while spending significantly less than we would have in Britain), enjoy some time with my family and let our son to catch up with his Portuguese language skills.

Just over a year later, our bags were packed, goodbyes to friends and family were said, and we boarded our plane – this was real!

WHAT HAVE BEEN THE IMPROVEMENTS?

Almost immediately after arriving in Miami we started to see our worry lines relax, our general health improving dramatically and our appetite for life grow larger than ever. Our son took it all in his stride and loved every bit of our ‘big holiday’. As a family we grew closer, and learnt to prioritise our days so that everybody got to do what they’re interested in.

Some people suggested that our son wouldn’t remember much of the trip, and it was certainly something we were concerned about before we left. But these fears were proved wrong, as he continuously surprises us by remembering friends he made 8 months ago, exotic food he’s eaten (such as alligator) or the amazing animals he’s been able to see in the wild.

Most importantly perhaps, he (and we) have had the chance to visit some incredible museums, aquariums and planetariums, all of which have further ignited his innate curiosity for the world and passion for education. Even if he only remembers a hundredth of the things he’s seen and learned, I am confident he’ll have memories to treasure for the rest of his life. 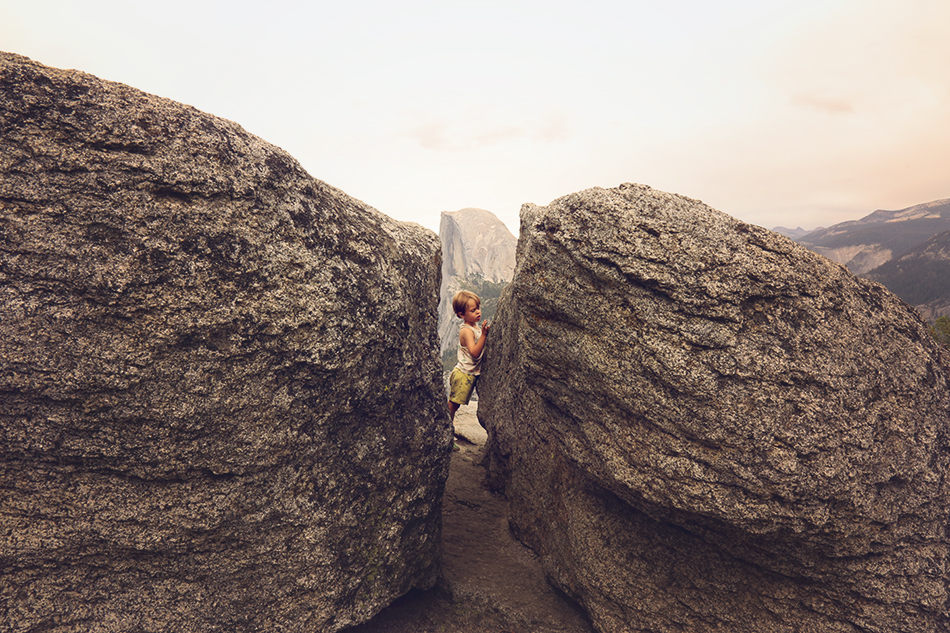 WHAT HAVE YOU FOUND DIFFICULT?

Going through such a huge lifestyle change, and being together with your family 24/7 with little chance of ‘me time’ has been tough, I won’t lie. We’ve had our ups and downs and non-stop travel can be really challenging at times, but what that gave us was a real opportunity to learn to deal with our different personalities in all sort of environments, teach our son how to communicate even when sad, tired or frustrated, and how to rely on each other no matter what.

The biggest difficulty for us has been finding social environments for Charlie to be able to make friends and be able to actively play with children his own age, as we’ve hit a lot of places during school termtimes. Sometimes it works and he makes a friend he’ll remember for a long time (Hello Adam from Las Vegas!), but at other times it was difficult to get him interacting, and he ended up feeling a little lonely, which was awful to see.

But each morning is a brand new day, full of opportunity and adventure, big wide eyes ready to take in the world. Living outside your comfort zone has been the best challenge of all.

WHAT’S YOUR ONE BIGGEST TIP TO THOSE LOOKING TO DO THE SAME?

If I was to give anyone advice it would be to not think so much about the limits, but the possibilities of your choice. Making a life­-changing decision is always difficult, whether it be something like this or starting your own company, but it can be the most rewarding thing you’ll ever do.

Our travels have not only improved our day­-to-­day lives, but also our career options and especially our family relationship. It has pushed us to really change our perceptions of the world and ourselves, do the unexpected and take chances.

WHAT DO YOU WANT TO HAVE ACHIEVED IN 5 YEARS TIME?

We no longer see the future as set in stone, but entirely what we make of it. We are ready for bigger and better challenges, perhaps earning slightly less money than with the stable, yet monotonous jobs we had before, but that’s another lesson we’ve learned on the road: how to live with a lot less money to play with, and instead a lot more time to play. 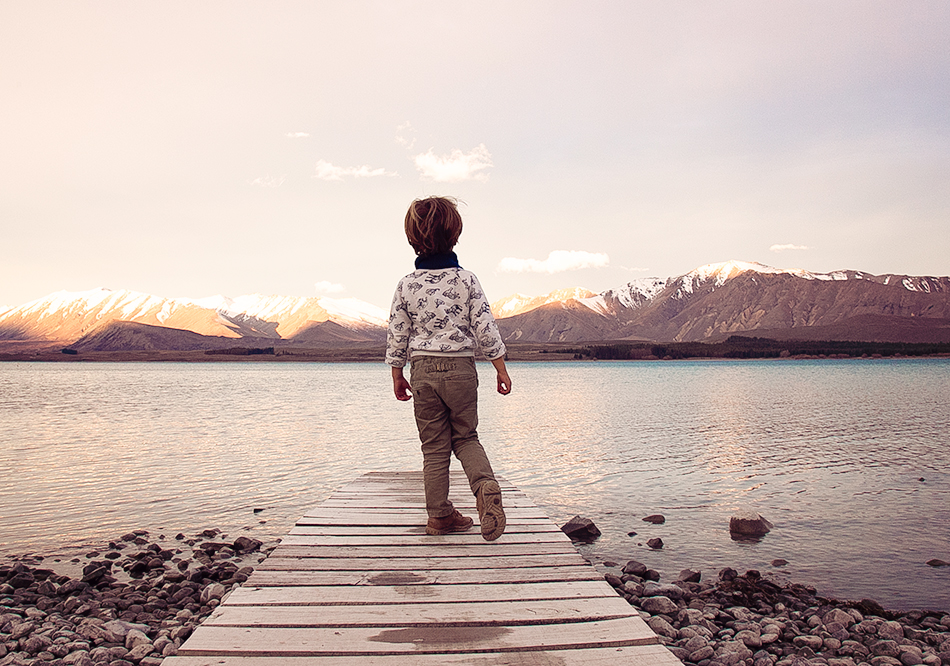 Would you like to make a life switch? What would it be?

* this article has been written in collaboration with M&S Bank as part of their #MAKETHESWITCH campaign. You can find out more here.

Where to Stay in Lisbon with Kids

lazy weekend in the sun