I’ve got 3 little words for you: PEPPA. PIG. WORLD. Yes, this mythical place does exist, beyond the imagination of Peppa-addicted toddlers and parents driven insane by constant repetitions of that unmistakeable theme tune. Stick around for our Peppa Pig World review and to get some top tips for your day out at Paulton’s theme park with a toddler.

Update: If you’d like to read more about Paulton’s check out our latest post which explores the park’s new dinosaur area ‘Lost Kingdom’.

There is nothing on earth C loves more than Peppa, with the possible exception of ice-cream, so when we went back to the UK in February, we knew we had to fit in some time for this to happen.

We booked a deal on the Peppa Pig’s World website, for 2 days park entry and a 1 night hotel stay. We chose the MacDonald Bottley Park Hotel, which was slightly further than the other hotels but offered a fantastic great deal considering it was 4 star spa hotel.

We had been staying in Brighton with friends, so the journey to PPW only took 2 hours, which was good news since we listened to a 5 song Peppa CD in the car on repeat pretty much all the way. I was very concerned about visiting the park in February, as the last thing you want to have to spend 2 days in the Peppa soft play, but when I realised that we had booked for the first day of half-term, I was almost glad when the rain threatened to appear, hoping this would put most people off going to the park.

And it worked! Queues were minute for all but the most popular rides. And the sky turned almost blue for some of it too! Win-Win for us! As we approached the park, Cholly started screaming PEPPA PEEEEPPPPPPAAAAA and we all got excited by the emerging sight of the bubblegum pink & blue brightening up what was otherwise a grey day. 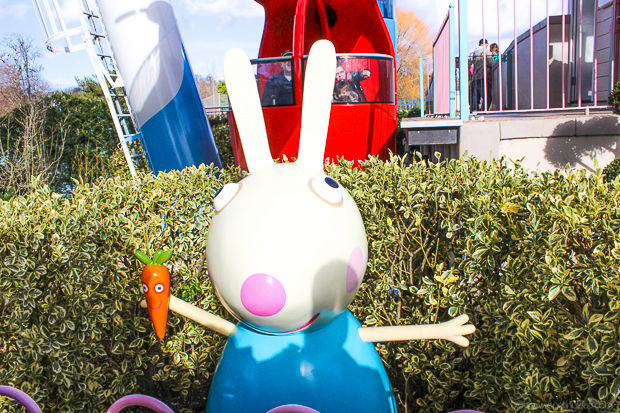 As we arrived at Paulton’s, we literally ran to PPW as our toddler son repeated over-enthusiastic WOWs. I mean, for a parent this is it – you live through tantrums for moments like this – pure wonder and disbelief that the world could be so good as to throw a Peppa Pig theme park at you. Oh the life of a toddler…But I digress…

The park is small-child friendly, engaging without being too over-exciting (like Disneyland), meaning our toddler was happy and not just over-stimulated by his surroundings. The food  isn’t the healthiest, so we would recommend bringing your own and having a picnic by the beautiful and peaceful riverside.

Paulton’s Theme Park occupies the majority of the space, which means that Peppa Pig’s World is perfectly sized for tiny legs to walk around. Although Cholly didn’t really need it, we found it easy to get about with our buggy as you can park them in front of rides and everywhere is stroller-friendly. 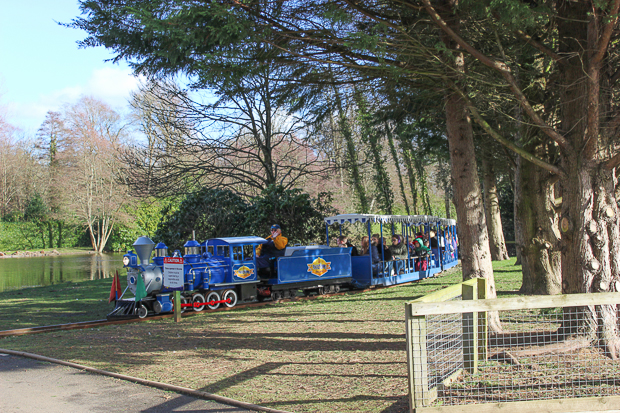 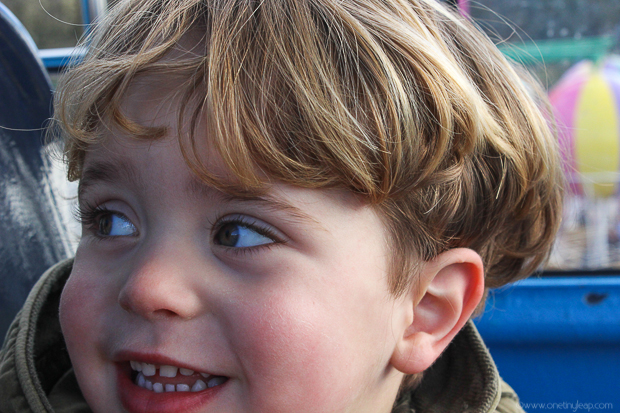 If you’re worried that there isn’t enough to see, then please be assured – it was all we hoped for and more. Peppa music playing around the park and creating a lovely atmosphere, several gentle rides suitable for both babies & toddlers, and visits to Peppa’s House, Miss Gazelle’s School Room, and an amazing soft play perfect for when rain strikes.

Our favourite rides were Windy Castle and Grandpa Pig’s boat trip. Cholly’s favourite was Peppa’s House – he went to listen to them talking about pancakes at least six times. On the other hand we found Miss Rabbit’s Helicopter ride was overrated – we waited over 30 minutes to go on (didn’t have to wait for anything else), and were bored after 1 minute.

We were very fortunate that we were there for two days, so had plenty of time to explore the park, including Paultons’ Dinosaur exhibition and some of its bigger rides. That’s when we realised that Cholly was tall enough for the rollercoaster and big waterslide – hurrah! I’ve never seen him as happy as he was sliding down those tracks at a pretty fast speed, or when he got splashed in the face by the slide! And as adrenalin junkies ourselves, we were beyond happiness that we had reached that point in parenthood where we could take him to a theme park, and actually really enjoy ourselves. 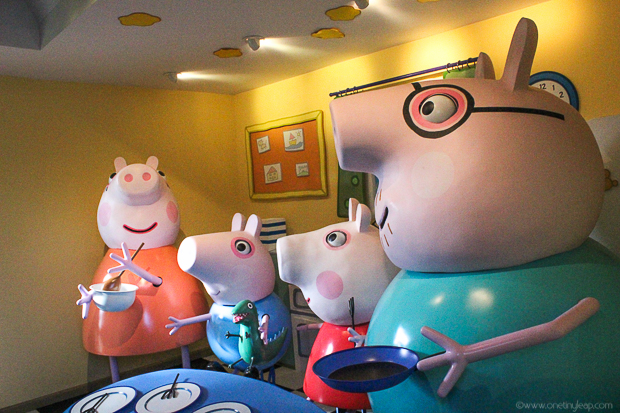 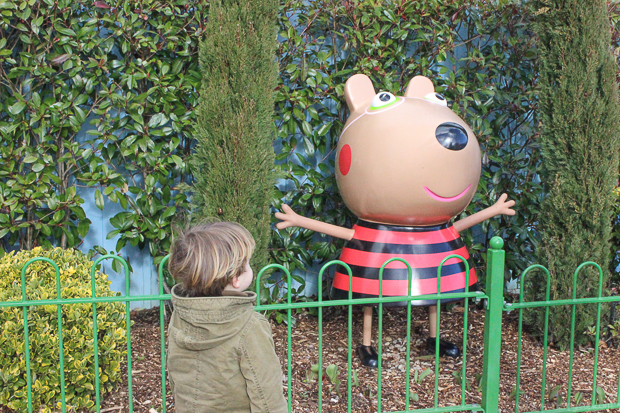 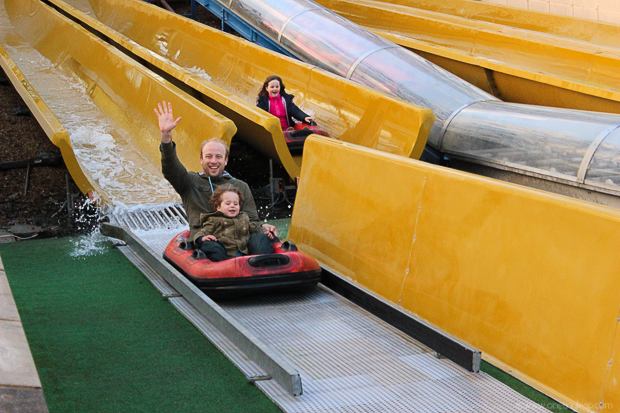 The MacDonald Bottley Park Hotel was perfectly located a mere 10 minute drive from the park, and set in a lovely golf course. The hotel not only features a spa and a pool, but is very child-friendly and has a good restaurant. The rooms are spacious, modern and very comfortable.

I’d recommend booking a reservation for dinner if you’re planning on eating in as we nearly missed out on getting a bite to eat at the end of a long day. The menu isn’t budget, but it’s got an ambitious vibe that calls for the higher prices. It’s probably worth mentioning they do a decent children’s menu. Adding to the restaurant’s child-friendliness we also got a Peppa Pig colouring sheet for Cholly to play which was a nice touch.

We all had a super-duper night’s sleep and really felt we got great value for money. All in all, we rate our experience 4/5 stars for families looking for a child-friendly hotel close to Peppa Pig’s World.

Avoid the shop: If you don’t want to max out your credit card and/or avoid major tantrums, stay clear of the shop. Seriously, don’t even have a peep. Just don’t.

Take the buggy: The whole park is very buggy-friendly, plus Paulton’s has wonderful leafy gardens perfect to drive your little one to sleep and for you to pretend you’re somewhere else.

Plan a day at the New Forest: The park is ideally located on the border of the magical New Forest National Park, so try to fit in at least a few hours in one of England’s most beautiful National Parks.

Plan a trip to How Stean Gorge: Via...

London to Lisbon without flying

Best Museums in York for Kids

once upon a time, we met the gruffalo