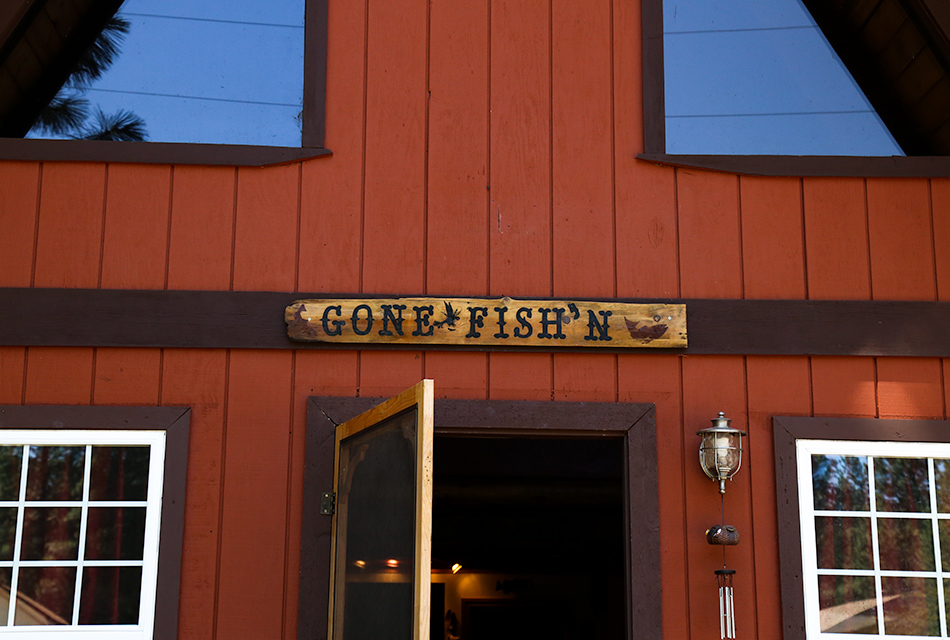 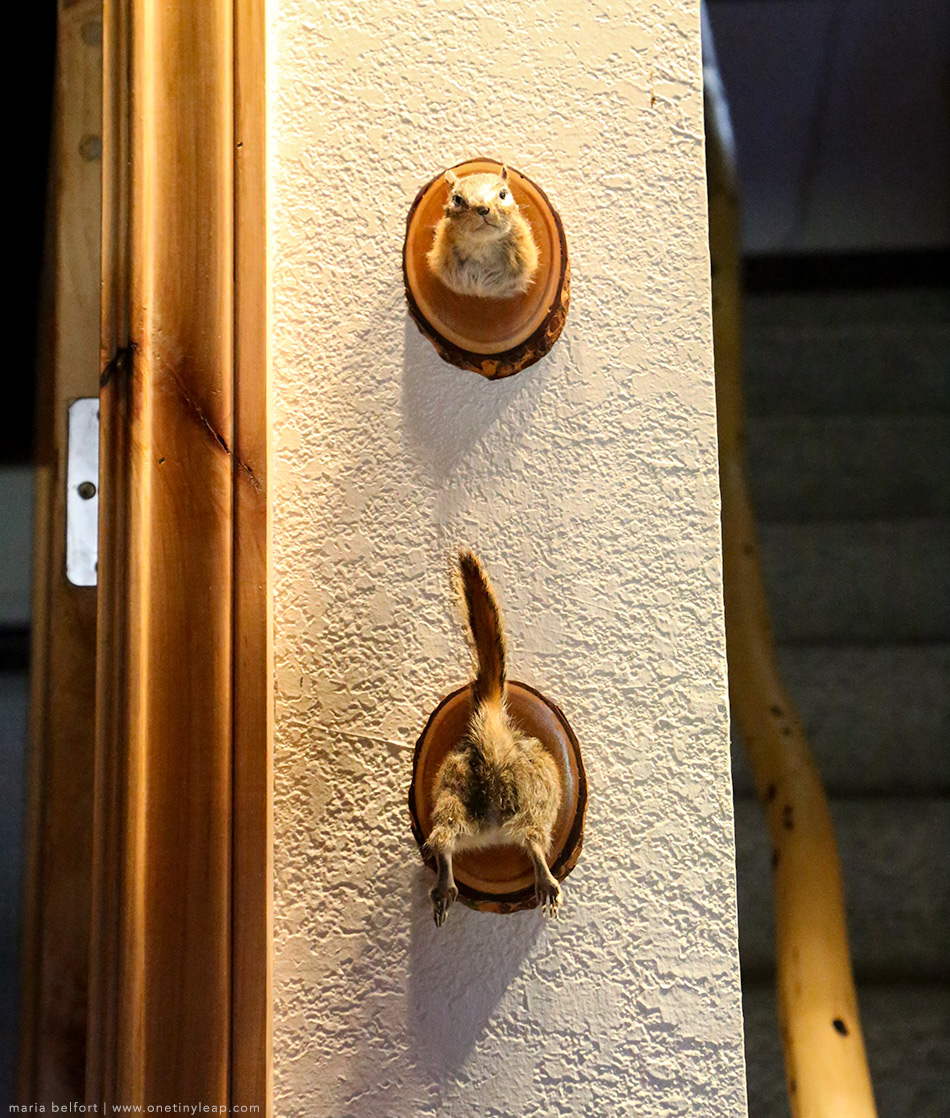 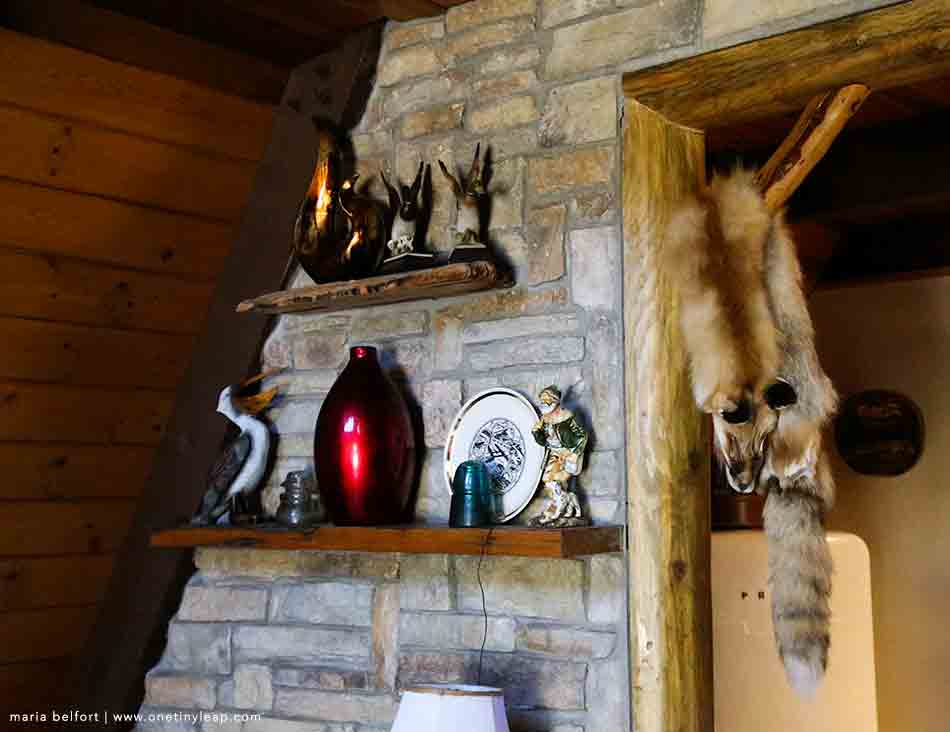 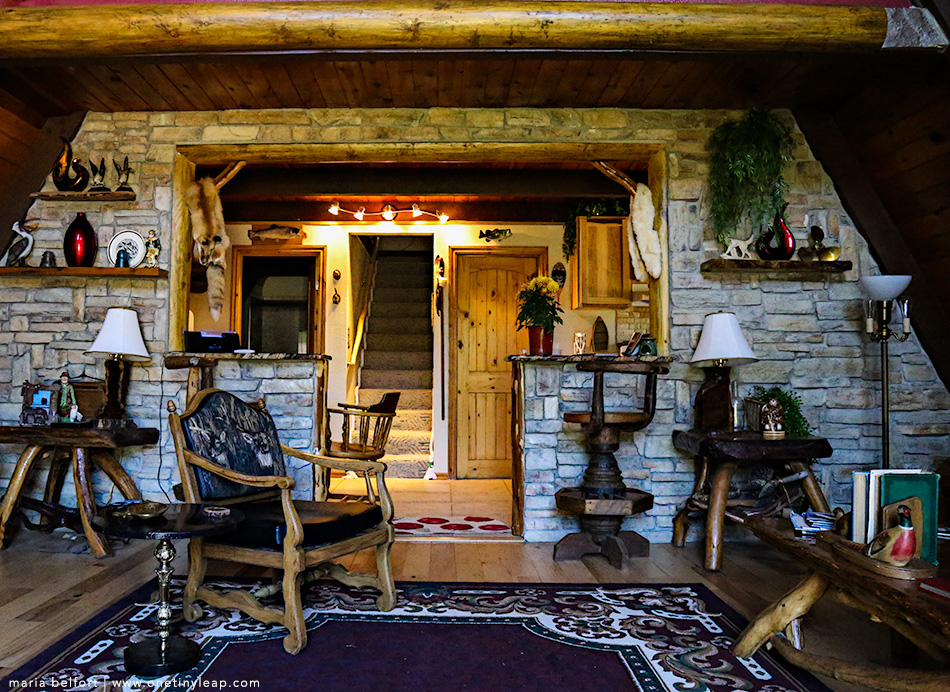 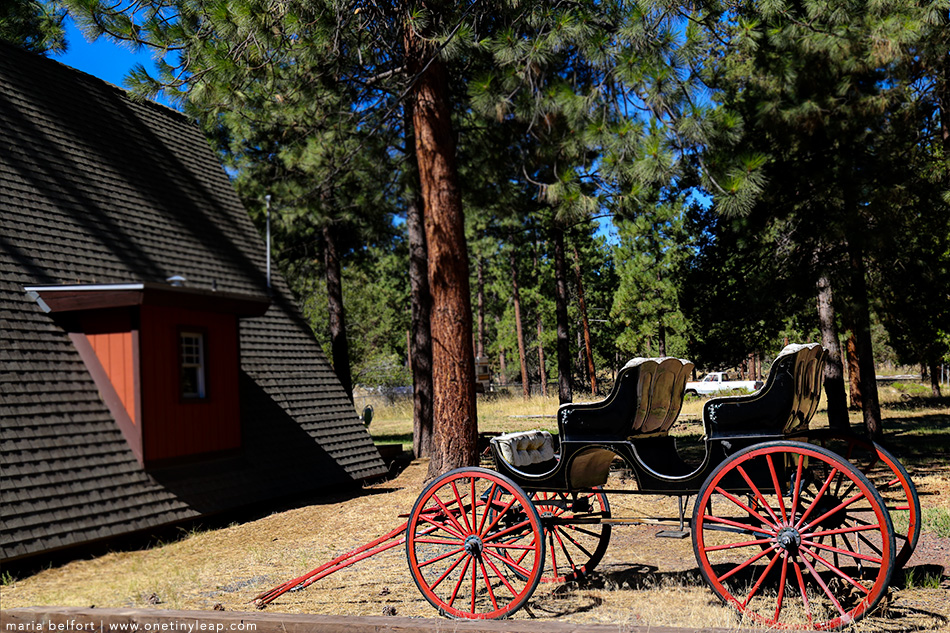 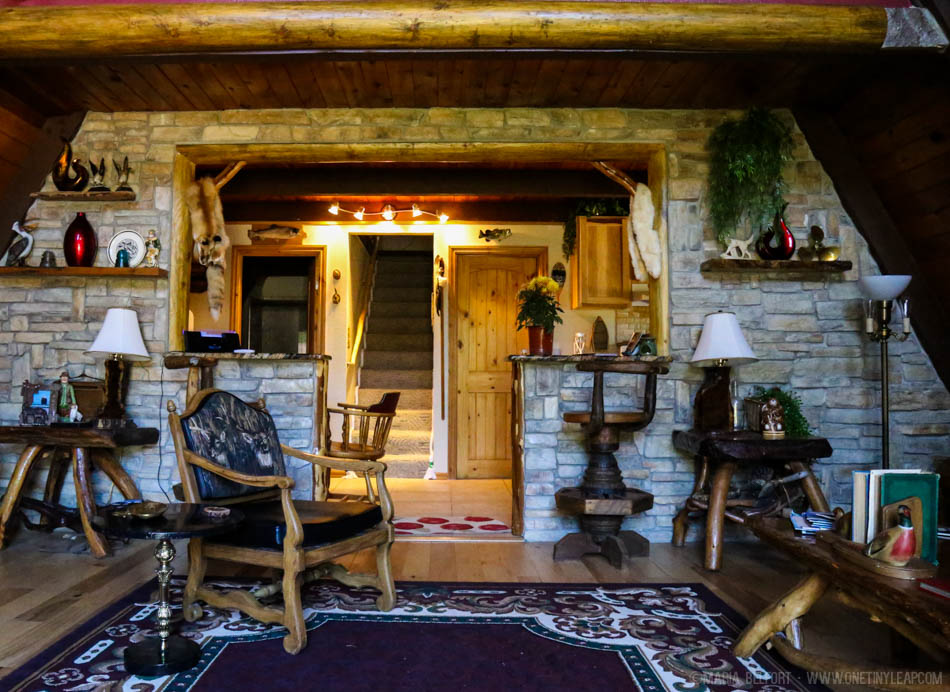 This latest instalment of our Unique Stays series features a one-of-a-kind A-frame cottage in Oregon, which we found through airbnb when looking for accommodation near the Crater Lake National Park.

Despite typing in ‘Crater Lake’ into airbnb it was further from the park than we had expected, just over an hours’ drive from the entrance, located in a small town called Keno.

After getting lost due to a lack of internet, we finally arrived at our beautiful house. The hosts weren’t there yet, but as we made our way to the back of the cottage we were welcomed by a couple of deer (see a video of them here) who very clearly were used to people. They were such friendly animals, docile and not shy at all – our son Charlie was blown away by them coming up to within a few feet of us to say Hello! Great welcome, extra points to the host.

Speaking of… Eddie, the owner of the a-frame cottage is probably one of the most fun hosts we had in the US. He also owns the town’s Elvis-memorabilia café, where his son is the very friendly chef. Eddie claimed to be the tour manager for the second-biggest Elvis impersonator in the States, and also that his grandparents were once dog-trainers for Clark Gable, an impressive lineage! He welcomed us by arriving in his gorgeous antique convertible Grand Torino, with his white poodle riding shotgun. After a hug and a tour of the property, he helped us find the town’s shop, bought us some fruit as a gift (there’s an orange-juice machine in the house), and showed us his own home right by the river, where he has the most incredible motorcycle collection – what a guy.

The house itself was originally Eddie’s grandfather’s, and he restored it a few years back, putting a lot of thought into it, and the cottage is full of little details waiting for you to discover. Trying to keep its original character, Eddie managed to restore it perfectly, yet allowed his love of all things vintage to come through. The 50s-era fridge was carefully restored, and naturally the Elvis memorabilia is omnipresent. There is also a wealth of taxidermy, which took me completely by surprise and I confess I struggled a little with some of it (see the chipmunk in the photo above :0)! But it’s Eddie’s passion for these things that make this house unique, and a must-stay if you’re around the area.

On the last day we stopped by Eddie’s café, where the walls are covered with yet more Elvis memorabilia, news clippings about Clark Gable’s visits to the town, and the TV fittingly plays films from the 40s and 50s. A couple of locals were eating their breakfast as we came through the door and immediately we were greeted by them and Eddie’s son. We struck up conversation with one of the locals, who turned out to be a retired LAPD detective, and on the job during some of LA’s most infamous crimes. He was full of fascinating stories as you can imagine! Breakfast by the way was a fantastic, artery-clogging All-American breakfast, absolutely delicious.

We stayed here for just a couple of nights, during which we visited the famed Crater Lake National Park and the local Lake in the Woods, which we loved.

You can book the A-Frame Cottage here, and don’t forget that you can save $25 or the equivalent in whatever currency you use, by using the link below (I’ll get a few bucks back for referring you, which is nice!)

If you enjoy discovering interesting places to stay around the world, you can read more on our Unique Stays series. 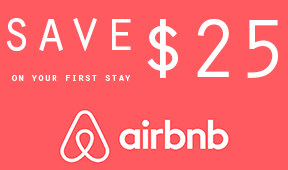 Over the Tuscan hills: Villa Le Capanne with...

By the sea… with Finisterre

A family weekend in Sussex with Vauxhall Combo...