This life on the road is not all perfect days out and the off the beaten track gold. Sometimes you have to detour a little, and spend some time in places not as spectacular as St Josephs and full of life as Austin.

We started prepping our stay in New Orleans in Florida, but quickly realised that hotel/airbnb and everything else was incredibly expensive and completely out of our budget, which left us with two options: we could either skip New Orleans (which seemed ridiculous!) or we would spend the weekend on a cheap location and wait for slightly lower hotel prices for a Monday-Thursday stay.

We looked for the places in between St Josephs, Florida and New Orleans and spotted a nice place called Santa Rosa beach. Although it was also a very pricey area, we went on Hot Wire and got a good deal nearby at a place called Destin. Now, we’re not from the US so had no idea that this was in fact a major Florida resort, where spring breakers would be partying hard and we would not.

Destin was actually not nearly as bad as we had anticipated. Yes, it was completely devoid of character, but it was a very nicely done resort, with a cute marina and shops, and a very pretty beach. We bought tickets for a pirate boat that promised singing, games and face painting (always a winner with us!) and  as it was blistering hot in the morning, we planned to spend the day at the beach and go on the 5pm sailing to try to catch the sunset.

Our beach day was quite nice, but all of a sudden the thick fog we had seen in St Josephs had made its way west and caught up with us as we were trying to sunbathe in the sandy beach. We tried to perservere and wait it out, but a few hours later it became clear that this was not a beach day, not even for us semi-British family. We swiftly made our way to the marina and boarded our Pirate Ship looking for an epic adventure!

The whole crew was fun, friendly and fully in character at all times, and the ship was fantastic complete with snacks and drinks (for kids and alcoholic for adults). From the moment we boarded there wasn’t a dull moment, and the the 2 hours were spent playing games and musical instruments, singing, face paint and listening to the pirates tell treasure hunt stories. At the end, all the kids received a medal that announced they were fully fledged pirates! Arrrr! You can imagine the excitement!

As we were returning to the marina, the captain announced that there were some dolphins swimming around the boat. AMAZING!! We ended up dolphin-watching for a good 15 minutes, which was incredibly nice of all the crew after 2 hours of jumping around making our kids happy.

As a whole the pirate ship in Destin was a great thing for us to do with C, as he’d been a bit lonely on the road, and being an only child, he only really has us as playmates. By engaging with a small group of kids in organised play, it was easier for for him to feel part of a group without it being awkward. It was important for us to see that too, as now we actively try to create situations like this for him. 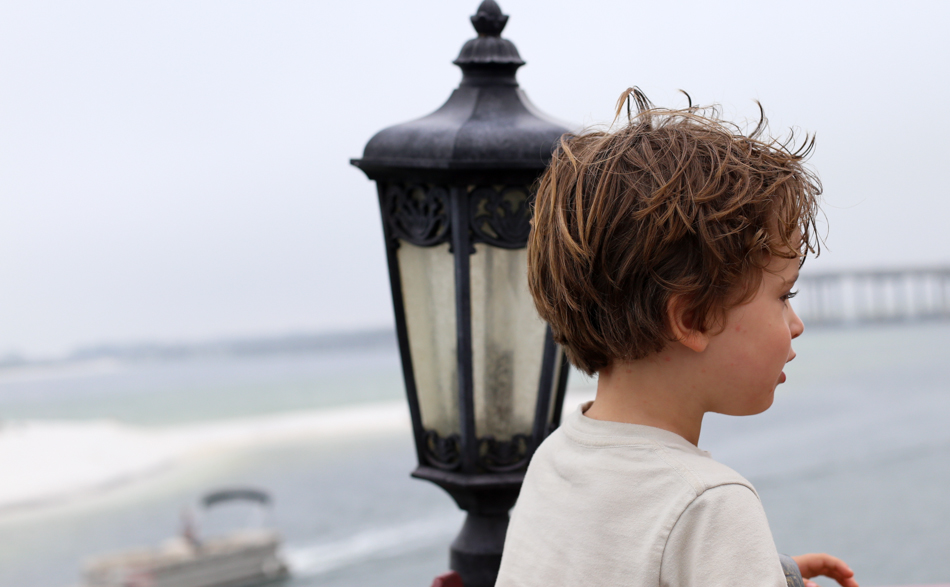 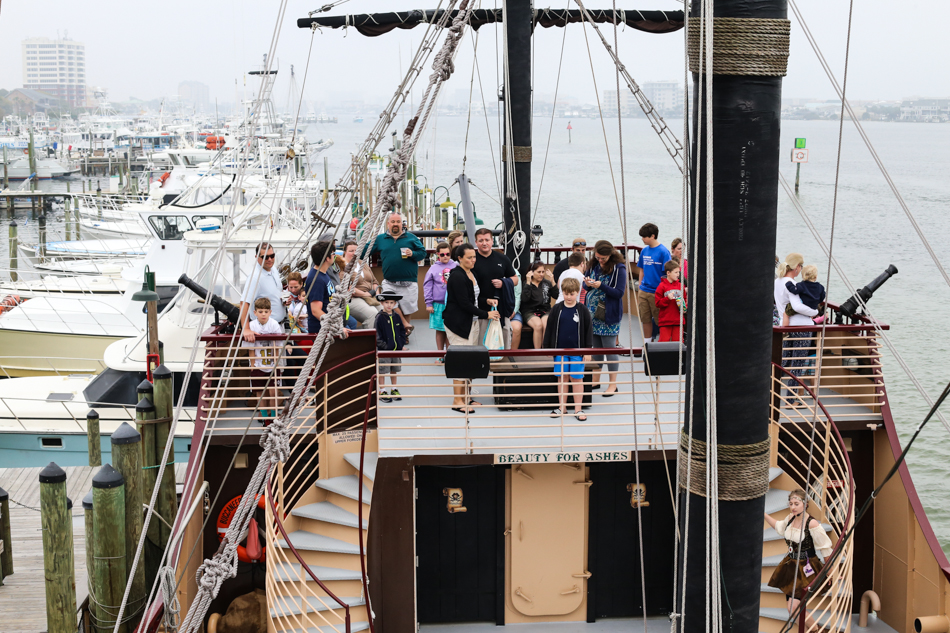 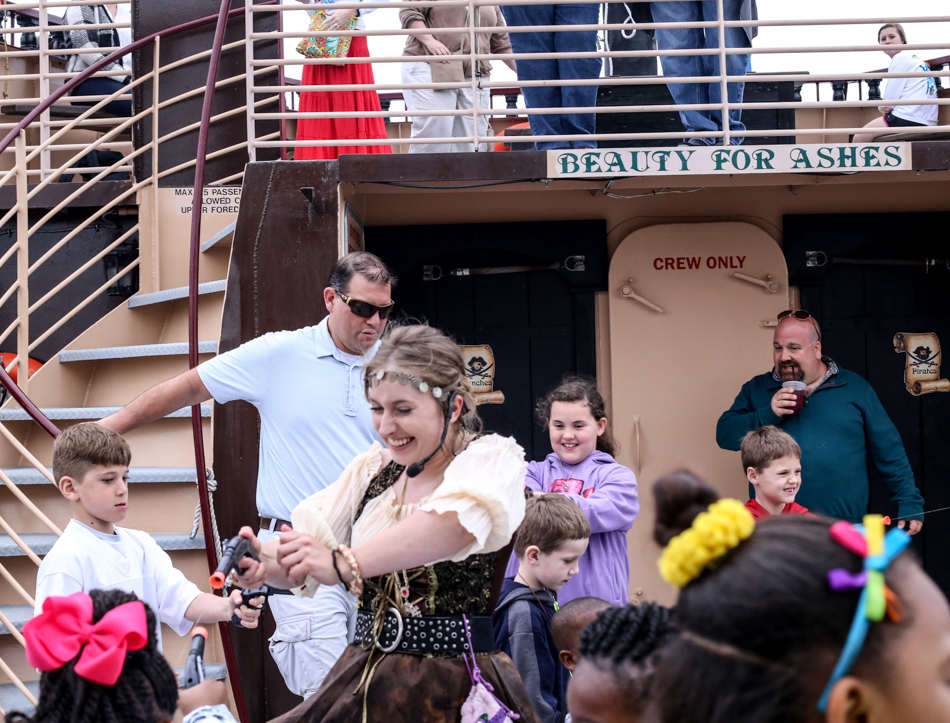 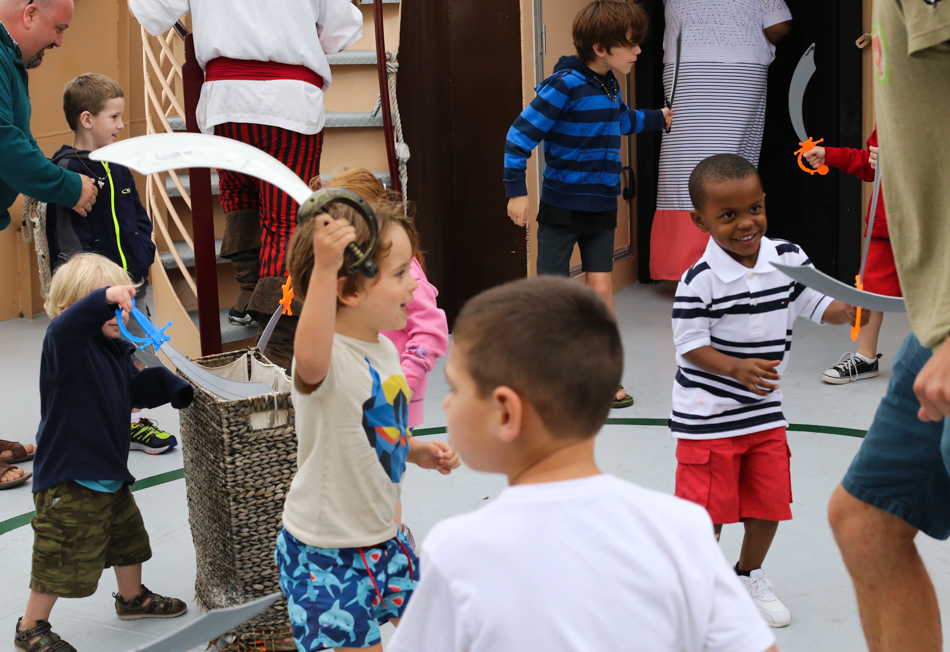 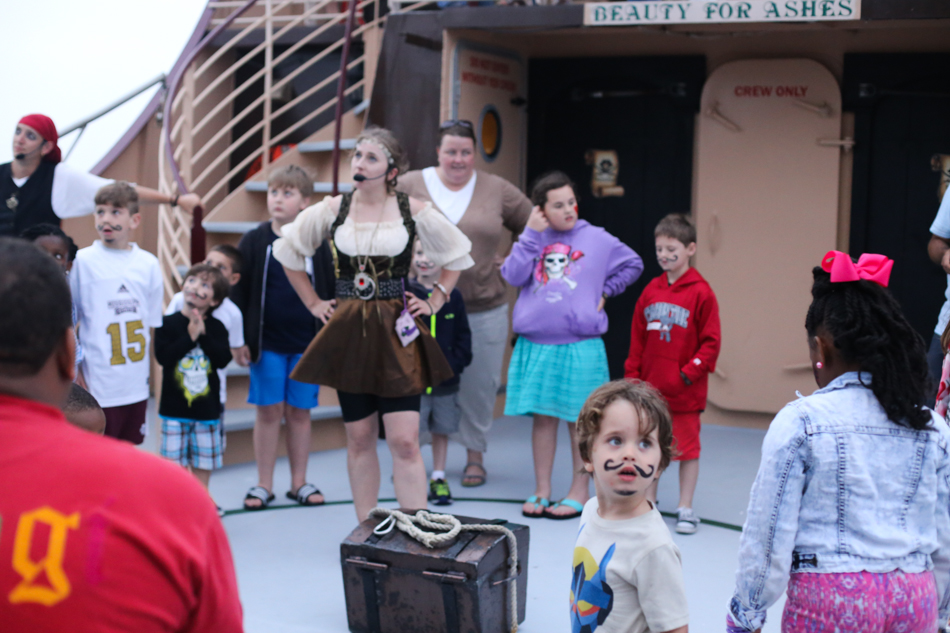 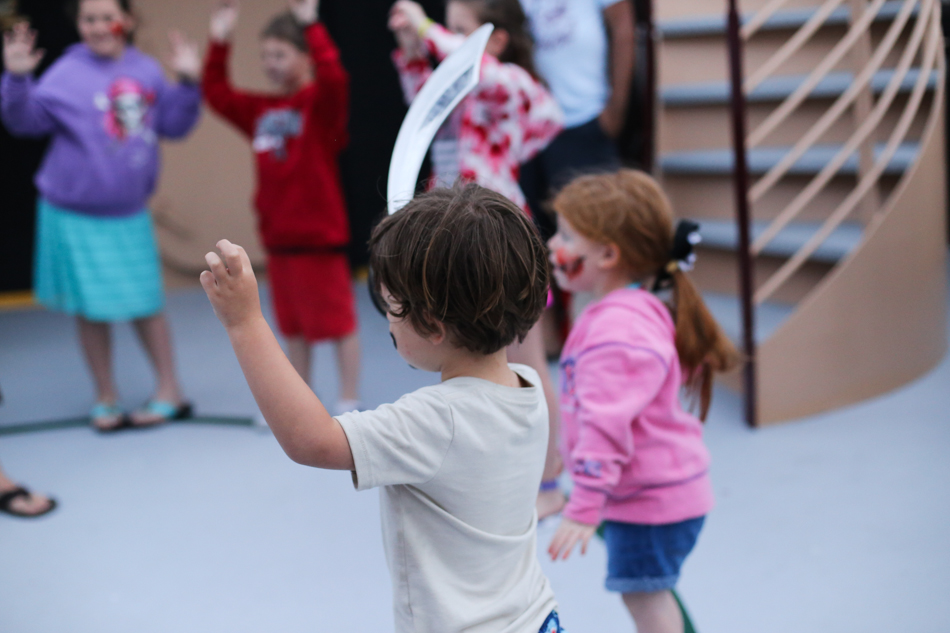 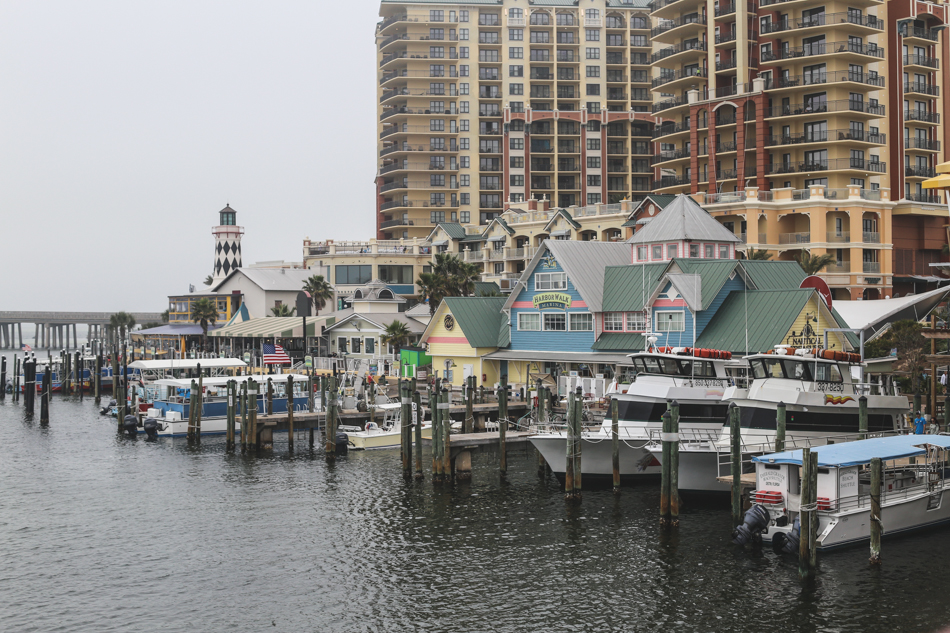 If you’re planning to be around the area I’d fully recommend the Pirate Ship as a really fun activity to do with kids in Destin.

+ The Buccanner Pirate Ship in Destin has two sailing per day, and you can check their schedule up to a week in advance.

Have you ever been surprised about a super resort town that turned out ok?

The road from Nashville to Chattanooga