Looking as if pulled  through in one go from Earth’s humble ground, the Devil’s Tower in Wyoming is a sight like no other.

Anyone halfway familiar with Steven Spielberg’s classic “Close Encounters of the Third Kind” would recognise Devil’s Tower instantly. This huge rock, jutting out of the desert, was the country’s first national monument, is a sacred site for Native Americans, and is visible from miles around. Ancient legend has it that the vertical stripes down the sides were created by a giant bear pawing at it, but actually they were caused by its rapid emergence from the earth in a kind of volcanic eruption.

The National Monument has several trails running around it from which to explore the imposing tower. The easiest runs for just a mile around the base. Since we weren’t in a rush at all, and wanted to see a bit more of the local area, we took the Red Beds trail right around the tower, a fairly easy 4 mile hike that allowed us to experience an incredible variety of scenery, from the vibrant red hills to lush woods – the immense tower was the only constant in our view. Charlie was fantastic and only complained once or twice, and he was obsessed with how high up we were.

Another treat was seeing the wildlife. We encountered some lovely little prairie dogs by the side of the road, completely happy with all the people taking photographs of them while they guarded their burrows in a similar fashion to meerkats. And deer were regularly to be seen, slipping through the bushes on the campsite and pausing to nibble a few leaves from low-hanging tree branches.

To round up a perfect day, we lit the firepit, roasted marshmallows and made s’mores, and then to top it off watched Encounters of a Third Kind outdoors, with the tower on the background – a nightly tradition our campsite has, and an experience we will never forget! Oh and C now wants to be friends with Aliens, hurrah! 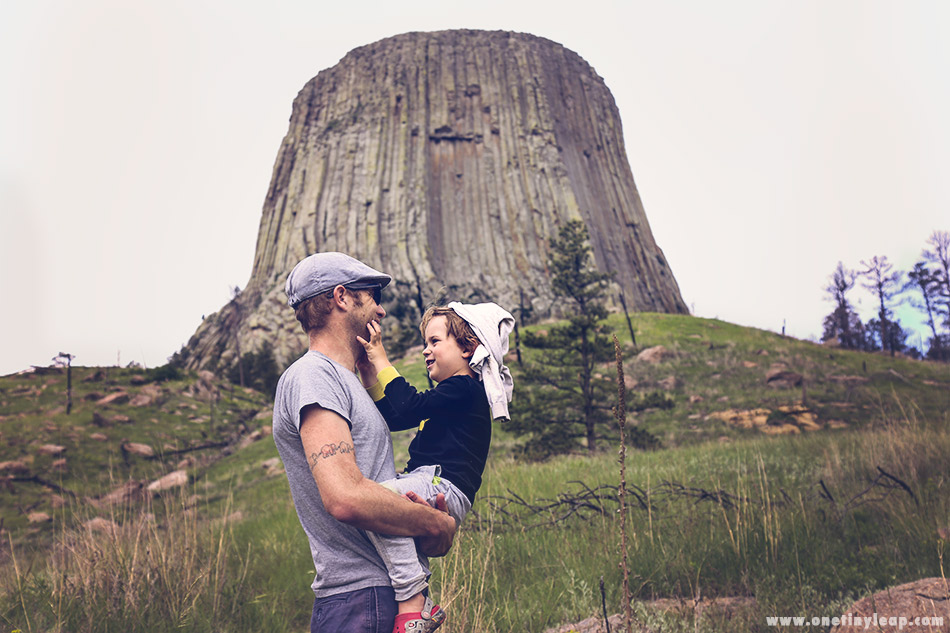 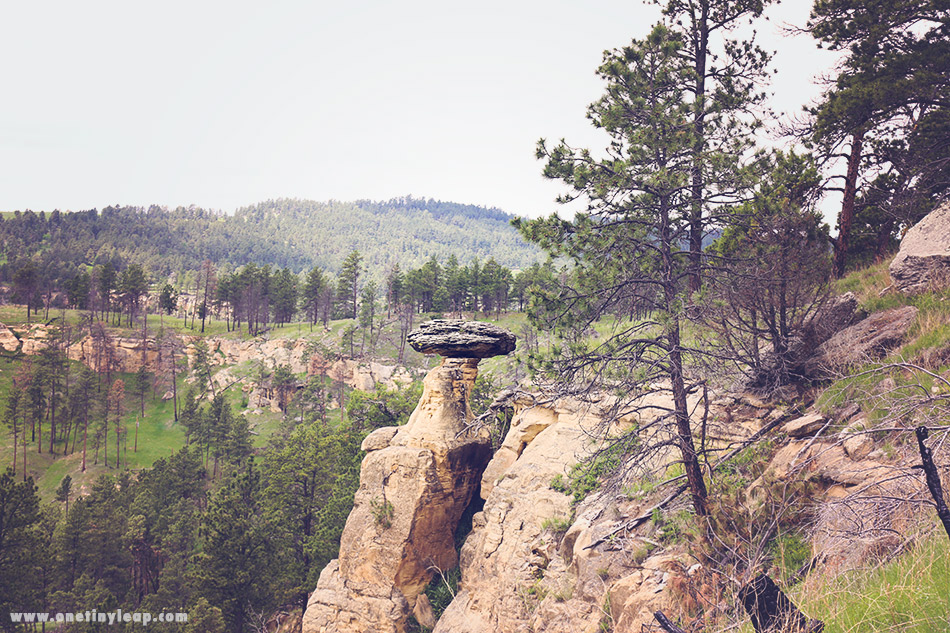 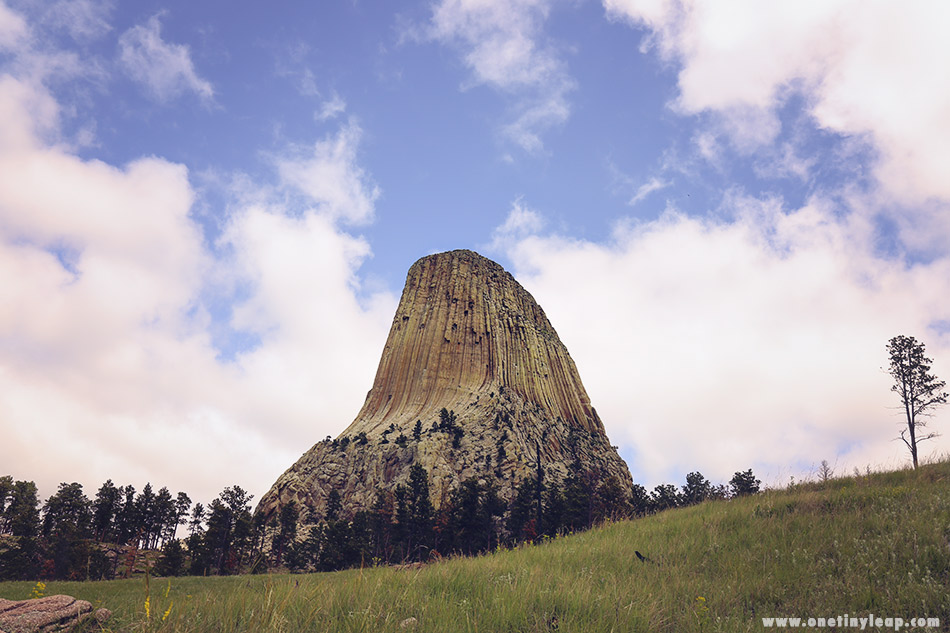 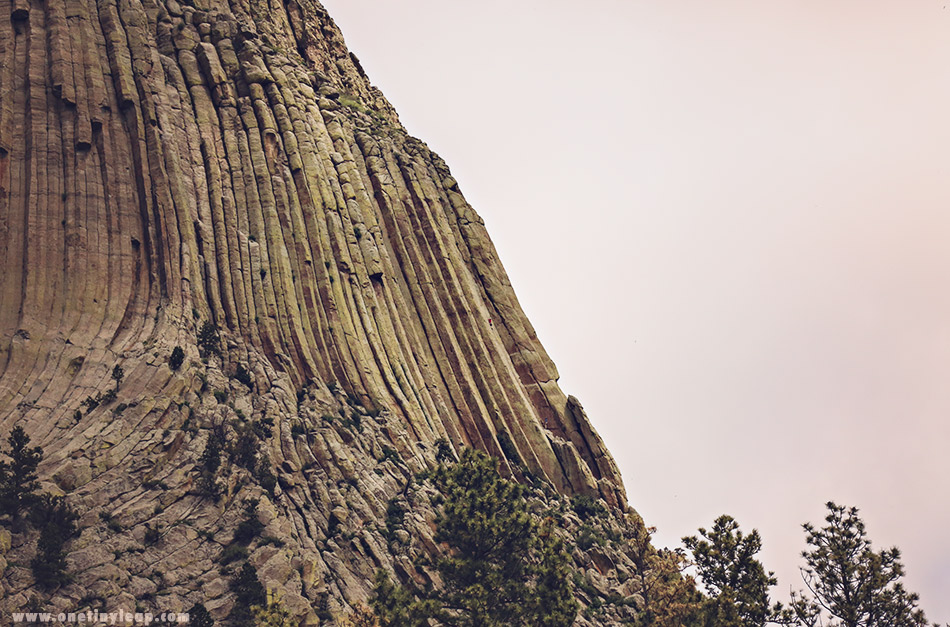 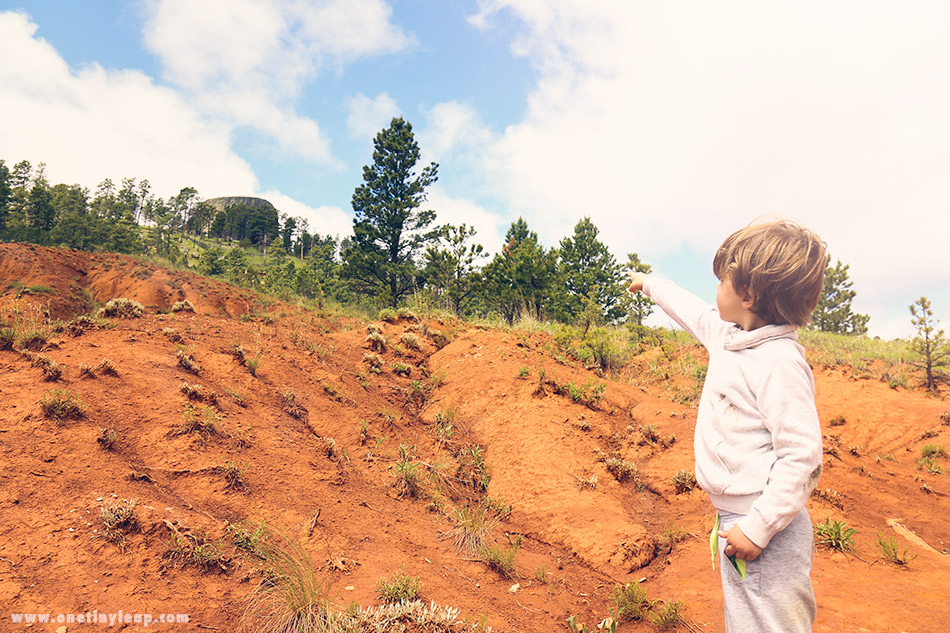 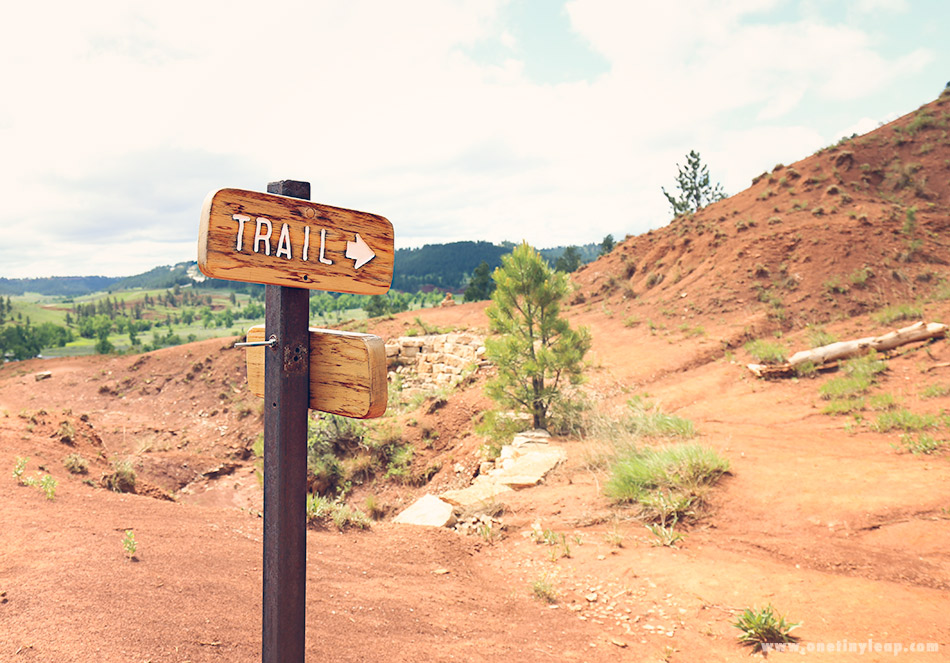 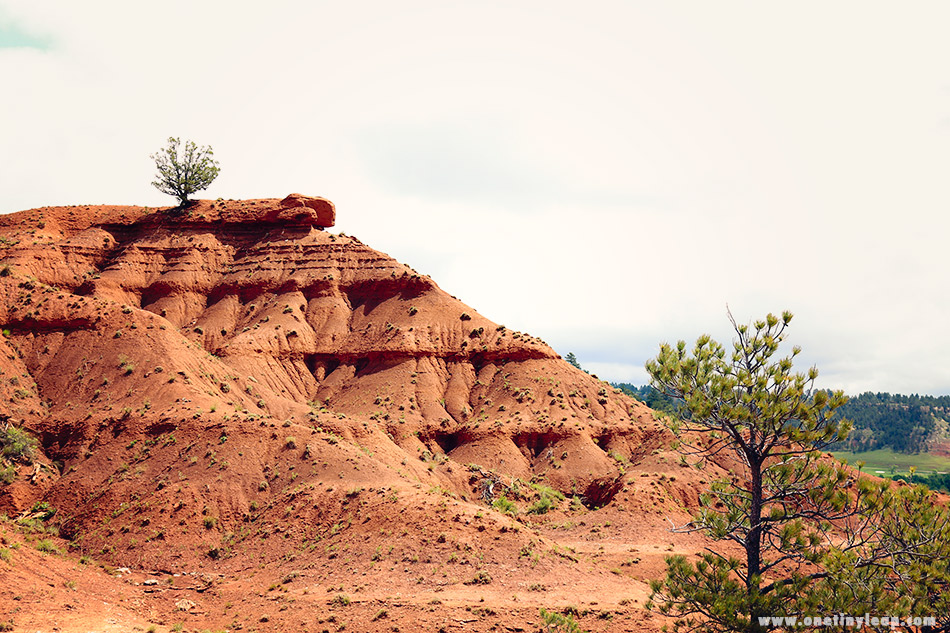 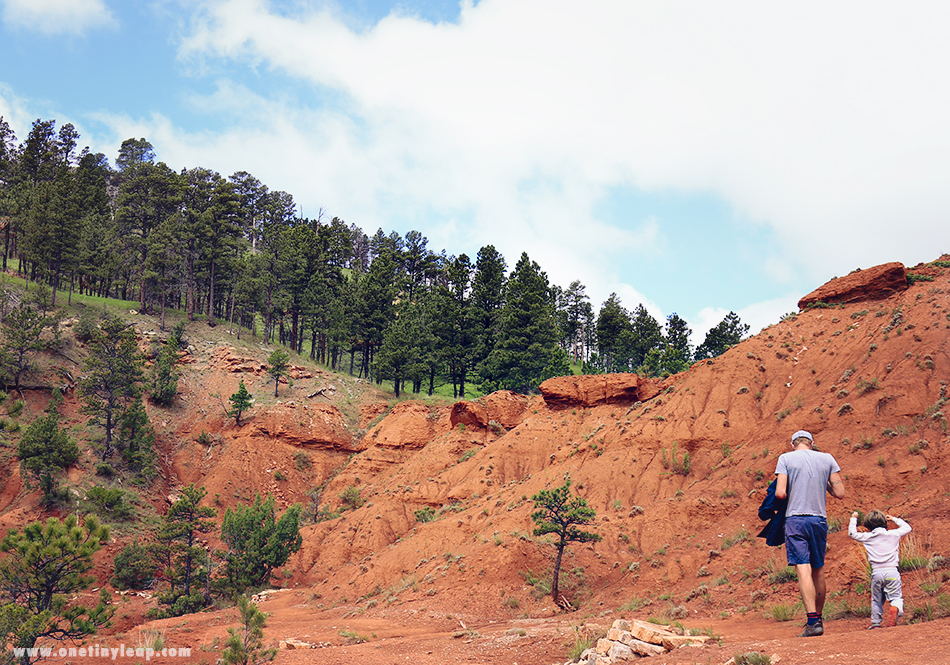 Where to stay in Devil’s Tower: We stayed at the fantastic KOA campsite just outside the gates to the park, which was super convenient. The views from our cosy cabin were incredible – besides an uninterrupted panorama of the tower, we were right beside the Belle Fourche river with the red hills as a backdrop.

As anyone who has stayed at a KOA will know, the amenities are (usually) excellent. This was no exception. C had a large playground to enjoy, with lots of kids round about his own age, a heated outdoor pool, and also some fantastic go-karts which he had a ride on – although Daddy had to push him most of the way! The site had a large shop and an open café, and was fantastic for tent-campers too, something we don’t always see. 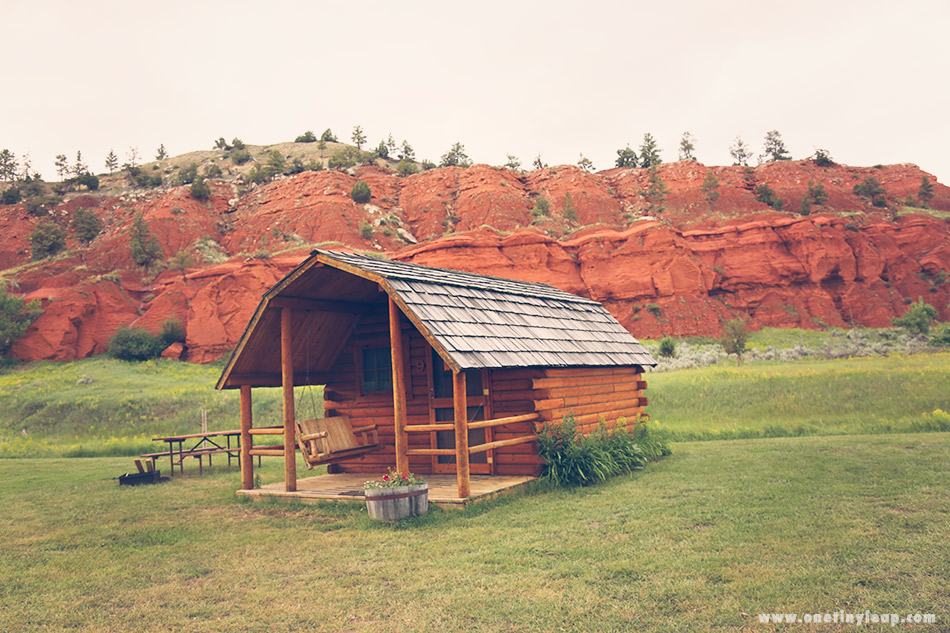 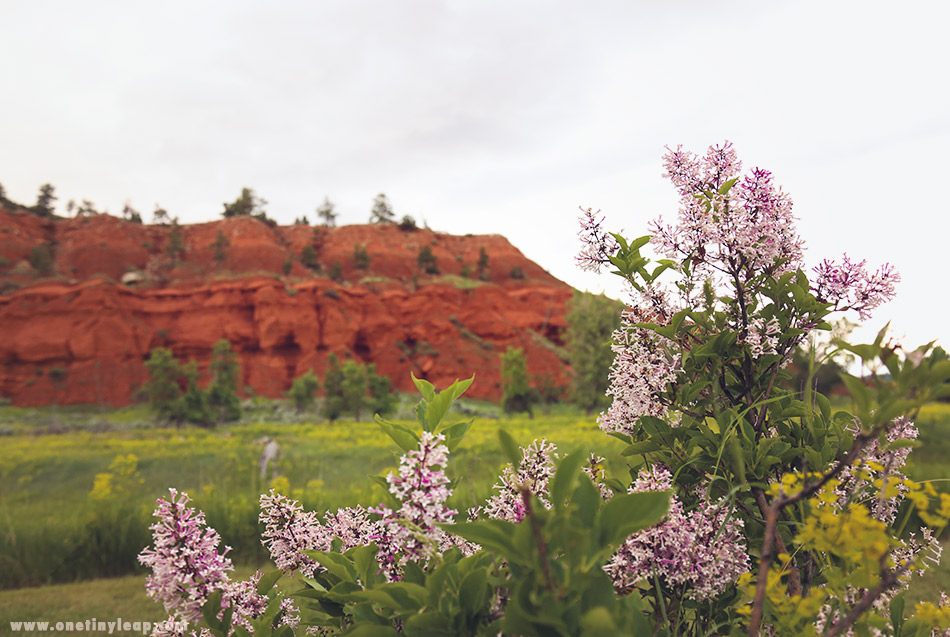